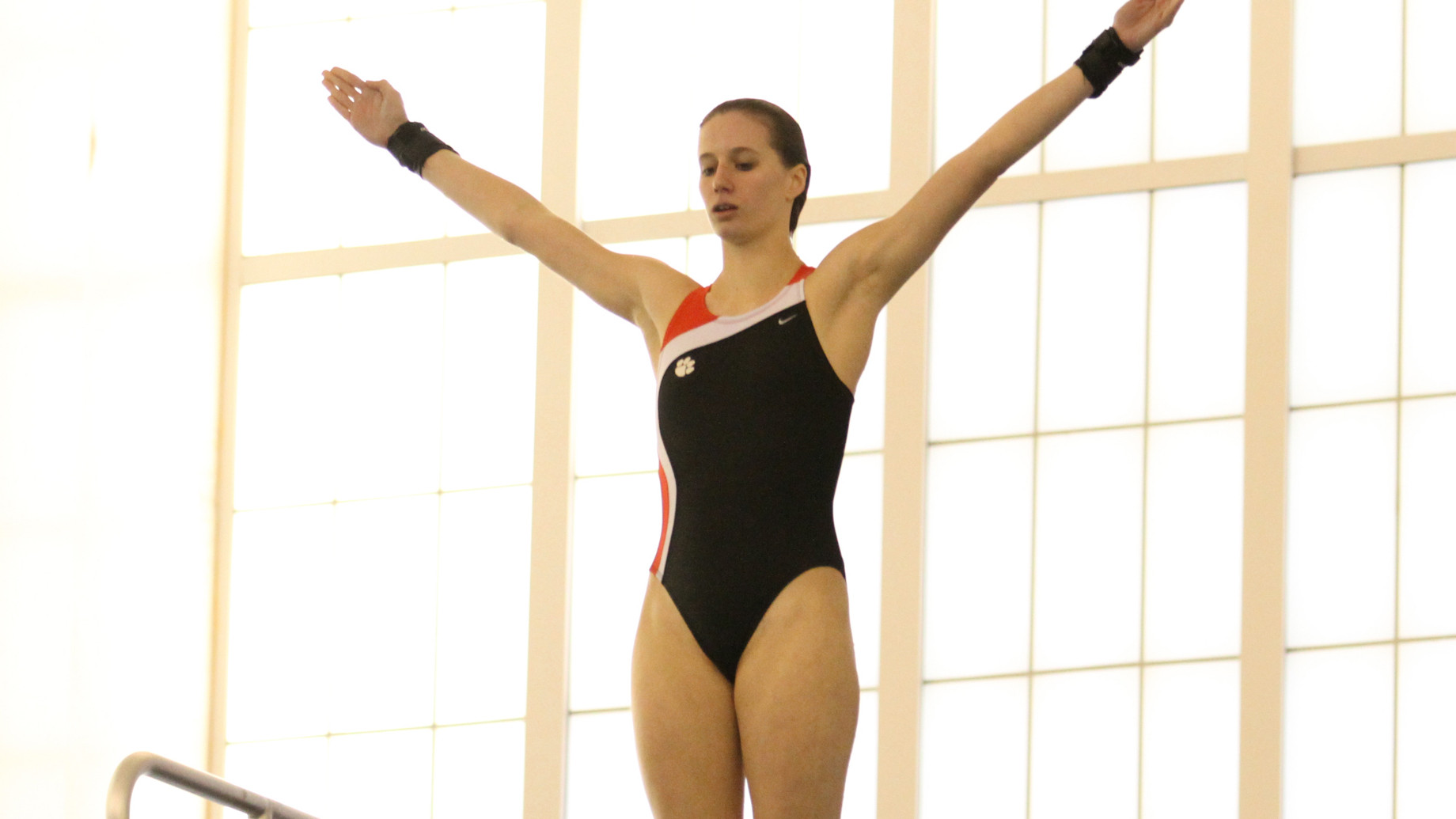 GREENSBORO, NC – The Clemson women’s diving team is set to begin the Atlantic Coast Conference Swimming and Diving Championships in Greensboro, NC this week. The four-day meet starts on Wednesday, February 20 and concludes on Saturday, February 24.

“The Tiger divers are fully prepared as we head into our ACC Championship meet,” Head Coach Leslie Hasselbach Adams said. “They all have worked very hard this season and their hard work is paying off at the right time. I am excited to get to Greensboro and watch them all perform their best.”

Admission to each day of the meet is free to the public. Live stats will be provided throughout the meet, and live video feed will be available beginning on Thursday from 7-9 p.m. each night. Both can be accessed via theACC.com.