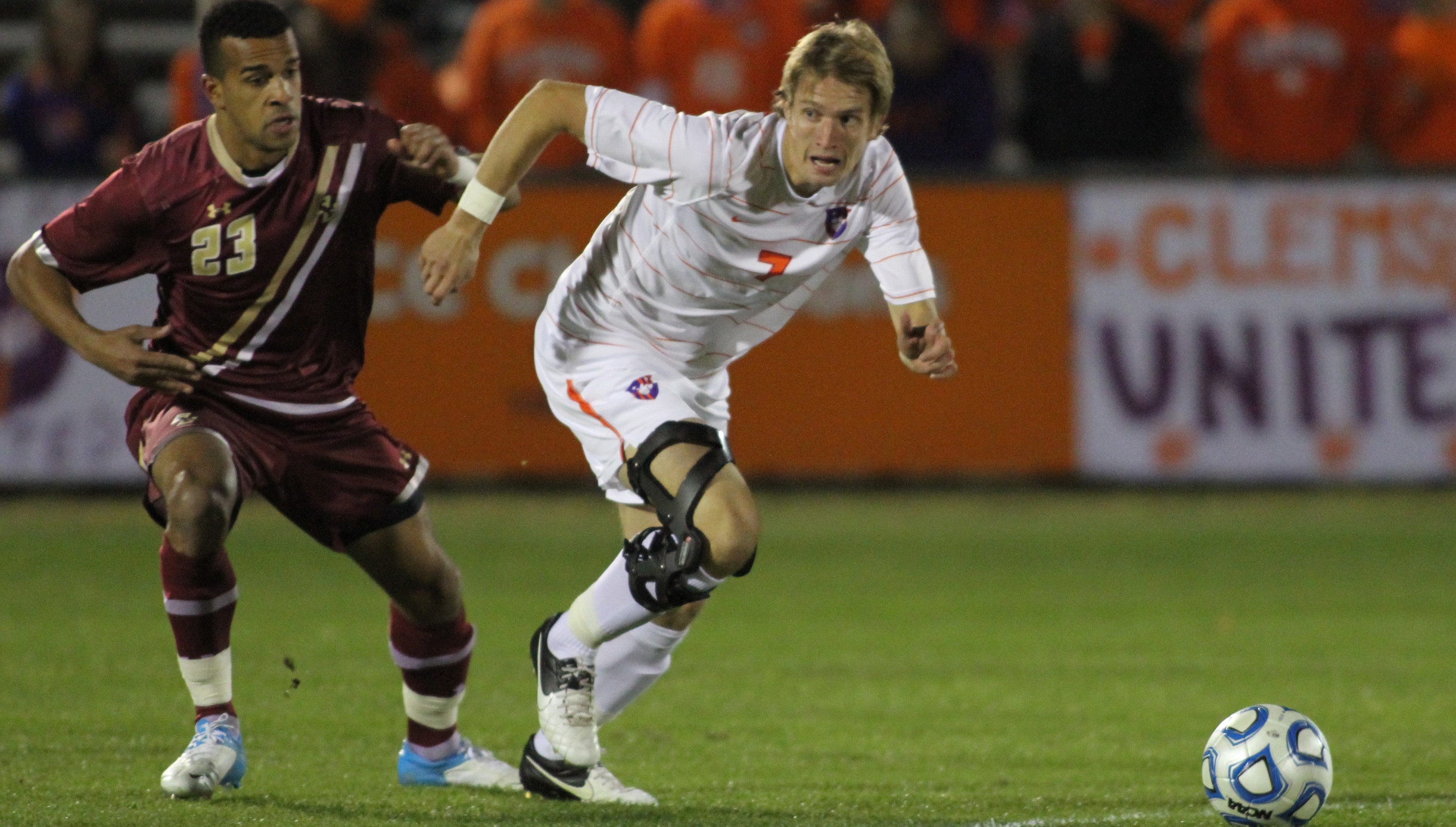 CLEMSON, SC – Clemson defeated Wofford 3-0 in a men’s soccer exhibition match at the MESA Soccer Complex in Greer, SC Thursday night.  The contest was designated as a Red Card Cancer match.  The match was scheduled for Wednesday, but it was postponed until tonight due to excessive wet grounds and inclement weather.Alex Stockinger, Paul Clowes and Thales De Mello Moreno all scored goals for the Tigers.“It was a good match for both teams,” said Mike Noonan.  “Tonight, everyone was a winner as over $6,000 dollars was raised in the fight against cancer.  We would like to thank everyone who participated in this effort.“As far as our team is concerned, it was a good effort.  We still have a lot of work to do,” said Noonan.Clemson will play another exhibition match Sunday afternoon at Coastal Carolina at 1:00 p.m. in Conway, SC.  The Tigers will open the 2013 Season on Friday, August 30 when Clemson plays host to Mercer at Historic Riggs Field.