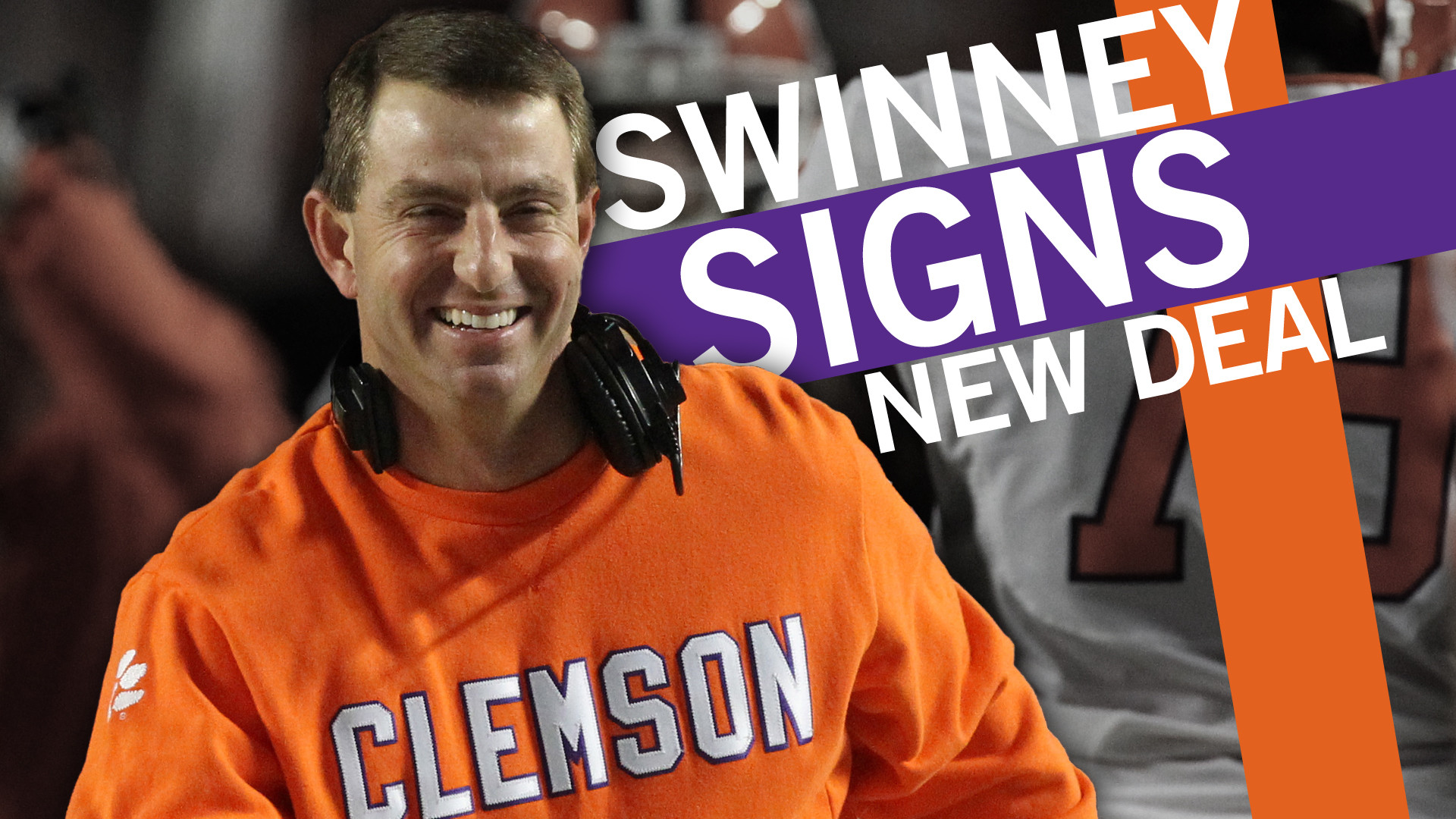 CLEMSON, SC – Clemson University and head football coach Dabo Swinney have agreed to a new eight-year deal, the athletic department announced today. The terms were approved by the Clemson University Board of Trustees Compensation Committee.

“Dabo is one of the top coaches not only in the ACC but in the entire nation,” director of athletics Dan Radakovich said. “His teams have succeeded on the field, in the classroom and in the community. We’re excited to have him lead our program for a long time into the future.”

Swinney has compiled a 51-23 mark over his first six seasons (five full seasons), posting a 33-12 record in Atlantic Coast Conference games and advancing to postseason bowl play each year. Swinney’s Tigers have recorded three-consecutive seasons of double-digit victories for the first time since 1988-90, including a school first 11 wins in each of the last two years. Clemson finished the season ranked seventh in the final USA Today Coaches’ Poll, the highest ranking in any final poll for the program since the Tigers won the national championship in 1981. Clemson’s five victories over teams ranked in the top-10 in the last three years are exceeded only by Alabama and Oklahoma, who each have six.

Off the field, Swinney’s team has finished among the nation’s top 10 in the NCAA’s Academic Progress Report each of the last three years. The program leads the ACC with 29 All-ACC Academic selections since Coach Swinney took the reigns, and Swinney continues to emphasize the importance of service in and around the Clemson community. This season the team assisted with the construction of a pair of houses for Habitat for Humanity and hosted a holiday event for local underprivileged youth. Dabo’s All-In Foundation, with a mission of raising awareness of critical education and health issues in order to change lives of people across the state of South Carolina, has donated and pledged nearly $1 million to local organizations over the past four years.

“I’m extremely excited and appreciative for the opportunity to continue to build our program under the leadership of President Jim Clements and our athletic director Dan Radakovich,” Swinney said. “The future of Clemson University is extremely bright and the future of our football program is as well. While we have accomplished many goals, we still have several out there to reach and we will continue to work to get there. Kathleen and I are looking forward to continuing to be a part of the great community of Clemson, the Upstate and the state of South Carolina.”