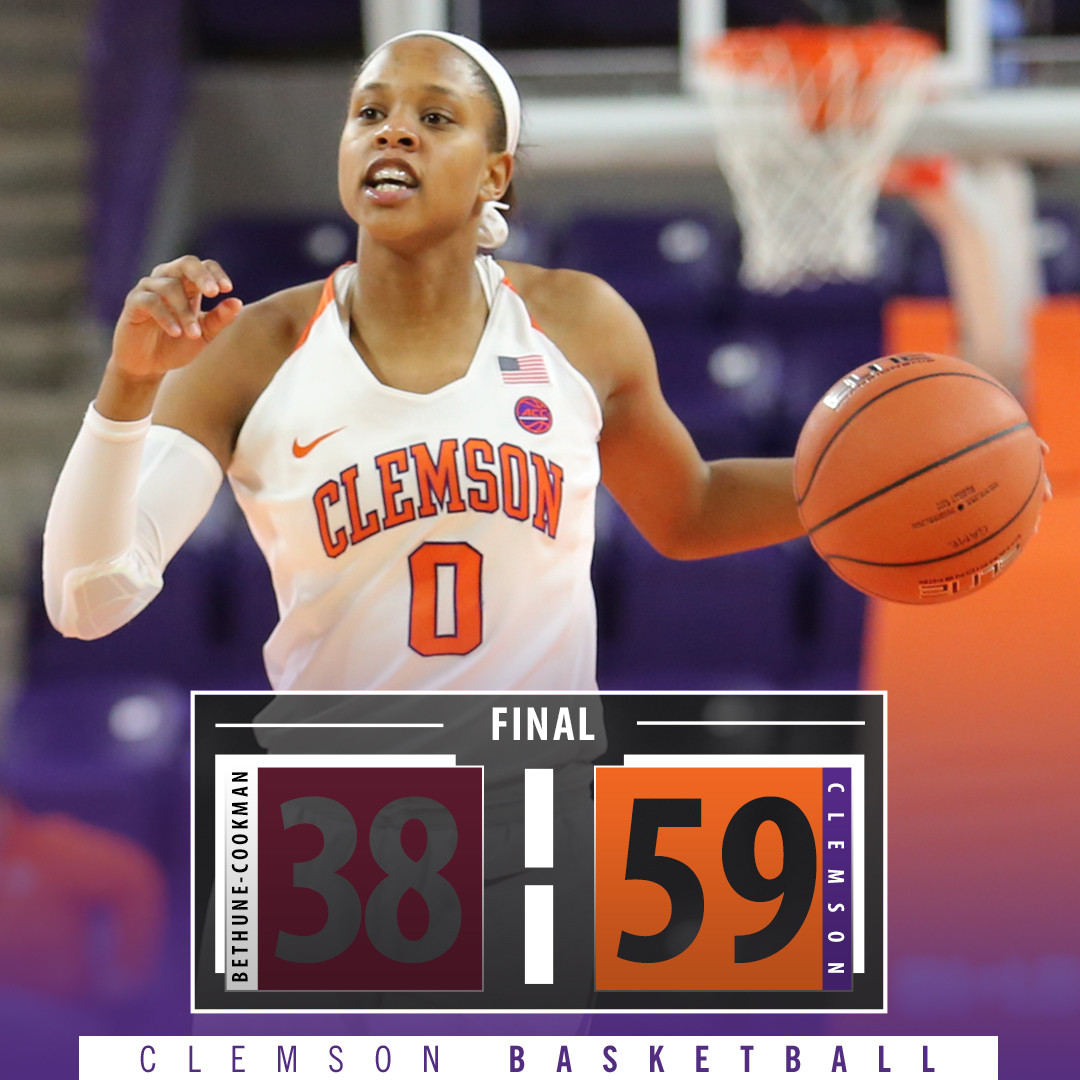 CLEMSON, S.C. — Nelly Perry and Aliyah Collier combined for 32 points to lead Clemson to a 59-38 victory over Bethune-Cookman to wrap up non-conference play on Thursday at Littlejohn Coliseum. The Tigers moved to 11-2 overall with the win, while the Wildcats fell to 4-8.

Perry hit 4-8 from three and led all scorers with 17 points, adding seven rebounds and four assists in a well-rounded effort. Collier missed just one shot in seven attempts, finishing with 15 points to go along with six rebounds. The Tigers shot 42 percent for the game, while holding the Wildcats to a dismal 22 percent. Bethune-Cookman did not feature a scorer in double digits, as Angel Golden led the way with nine points.

After Bethune-Cookman tied the game at 13 early in the second quarter, the Tigers produced an 11-0 run that included scores from five different players. The quick spurt pushed the Tigers to a double-digit advantage, one that grew to as much as 26 points with 3:25 remaining in the contest.

Clemson returns to action on Monday, Jan. 2 at Boston College for its ACC opener.