CLEMSON, SC–Clemson Head Men’s Soccer Coach Trevor Adair has announced the signing of five players to national letters of intent to attend Clemson in the fall of 2008. Also a transfer will be joining the Tigers this fall.

The signees include: Connor Barbaree, Francklin Blaise, Nick Burton, Riley Sumpter, and Bo Godwin. Mackenzie Ward, a transfer from St. John’s has enrolled at Clemson this past January.

“This is another strong recruiting class that will add to the young group of returning players,” said Adair. “This class along with three players who red-shirted will have a major impact over the next four years.”

“We will have some additional signees that will be announced at a later date that will only strengthen this already exciting class.”

Connor Barbaree is a midfielder from Marietta, GA. He played for Concorde Fire Elite, who were National Finalists in 2006. Barbaree attends Walton High School and they were state champions in 2006 and semifinalists in 2007. He is a member of the 2007 NSCAA Adidas High School All-Region III team. Barbaree has played on the Georgia ODP team from 2002 to present and the Region III ODP team from 2004 to the present. He was a 2007 Adidas ESP selection and one of Top Drawer’s Best 11 South Atlantic in 2007. He is the son of Joey and Tracy Barbaree.

Francklin Blaise is a defender from Miami, FL. He was recently called into the U20 National Team for a tournament in Mexico. He was named first team All-Dade County and was invited to super Y league national camp. His club team advanced to the Disney Soccer Showcase semi-finals. He played for Miami Sunset Senior High School and played for West Pines United Club team before transferring to Kendall Soccer Coalition U18. He is the son of Joseph Francklin Blaise and Nadia Charles.

Nick Burton, a midfielder forward from Acworth GA, captained the Concorde Fie Elite team to two R3PL Championships, two state championships, a region championship and a national final. Burton was a five-year member of the Georgia State ODP and traveled to Argentina and Italy with Region III ODP. Burton participated in Super Y representing Georgia and was nominated to the Super Y National team in 2005. He was also an Adidas ESP selection for 2007. At high school, Nick captained his North Cobb varsity soccer team for four years, voted most valuable offensive player and was twice selected MVP. He has also been named All-County. He is the son of Andy and Andrea Burton.

Bo Godwin is a midfielder from Decatur, Alabama. He played for the Nashville based Tennessee Futbol Club. His club team is a five-time state champion and a two-time Region III Premiere League Central Champion. He was an Alabama ODP state team member. Bo attends Decatur Heritage Christian Academy where he was named all-area, all-state, and all state academic. He was also a four-year starter and two-time MVP point guard for his high school team. He is the son of George and Carol Godwin.

Riley Sumpter was a member of the Georgia State ODP team and was on the ODP national championship team in 2005. He was named to the Super Y South Atlantic Region team in 2005 and the Adidas ESP Camp in 2006 and 2007. He was named his high school’s MVP in 2006 and 2007. Sumpter help lead his high school team to the state finals and semifinals. He was also named to the DeKalb County All-Star team and was named the DeKalb County Player of the Year in 2007. He played for Chamblee High School and his club team, the Concorde Fire was the Region III Champions and National Finalist in 2006. He is the son of Nenry and Beth Sumpter.

Mackenzie Ward, a defender from Fort Worth, TX, has enrolled at Clemson for the Spring semester. The transfer from St. John’s red-shirted his freshman year. He played for the Dallas Texas Soccer Club and previously attended Arlington Heights High School He is the son of Yearby and Debbie Ward. 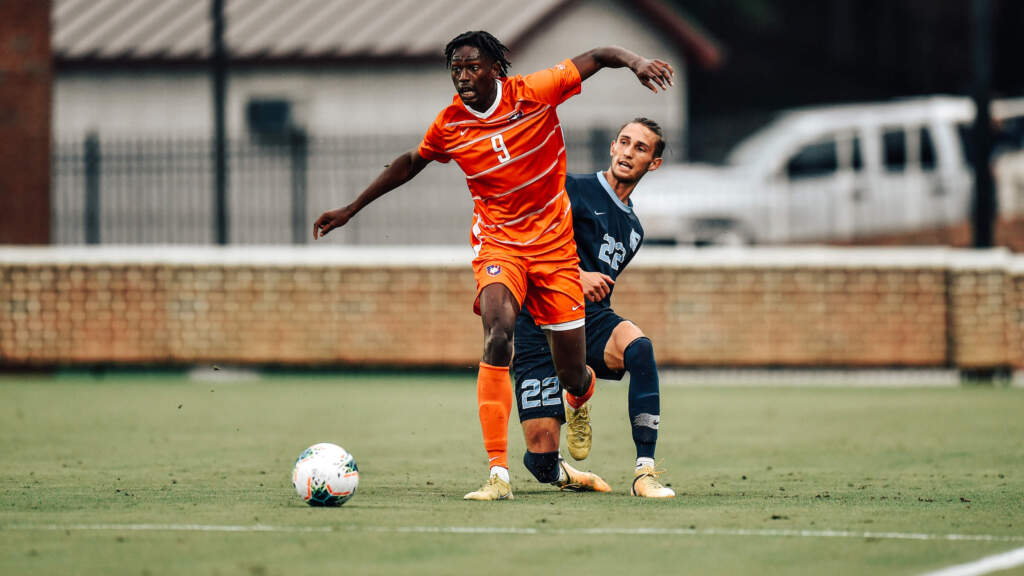