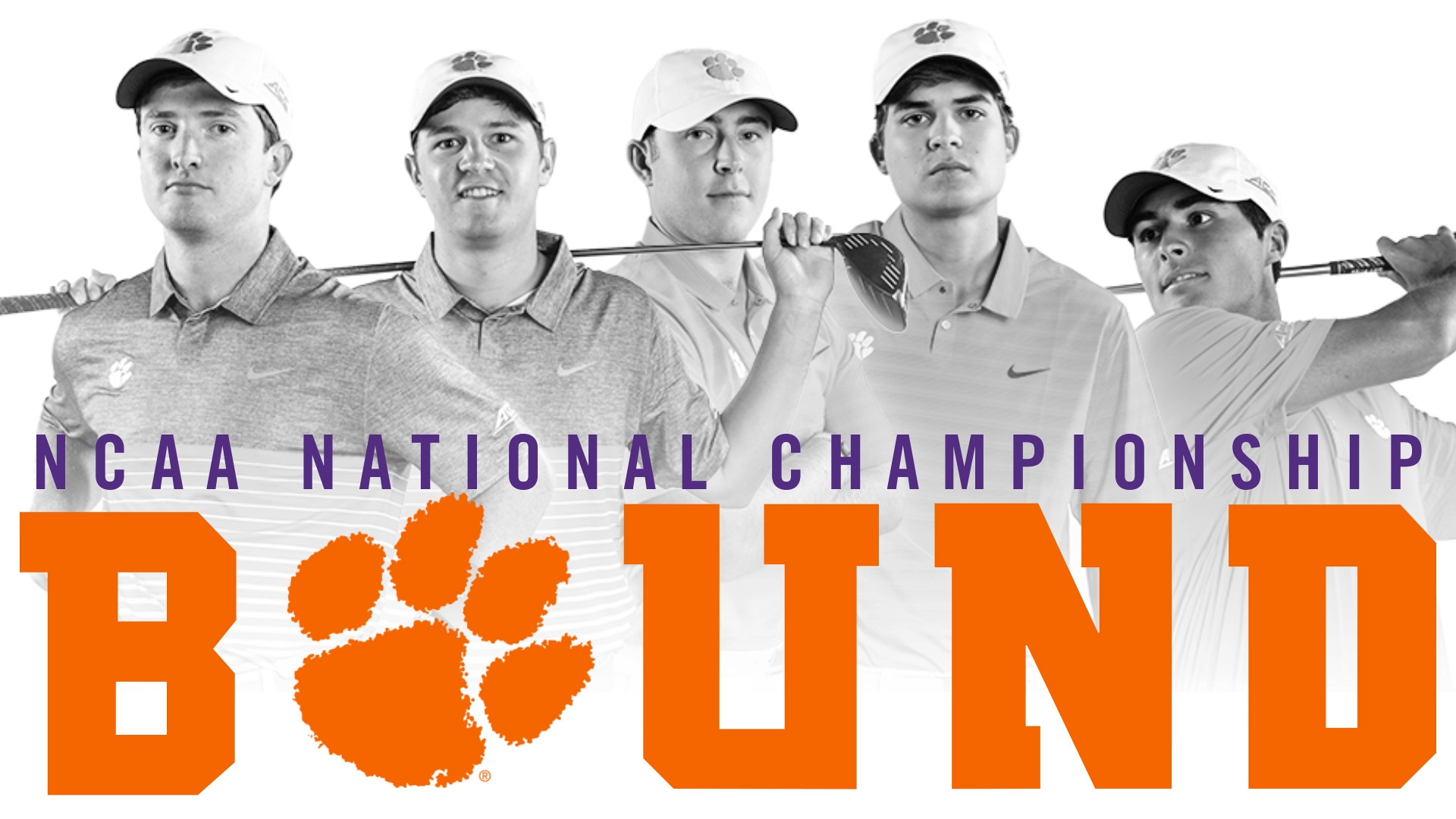 Clemson, S.C.—Graduates Miller Capps and Stephen Behr each shot under-par rounds to lead Clemson to a third-place finish out of 14 teams at the NCAA Regional Golf Tournament in Stillwater, Okla.  Clemson finished with a team score of 901 for the three-day 54-hole event and qualified for the NCAA National Tournament at Eugene Country Club in Eugene, Oregon that starts May 27.

Oklahoma State (871), Oklahoma (890), Clemson (901), Louisville (907) and Purdue (910) were the qualifying teams from the Karsten Creek Golf Club, the home of the Oklahoma State Cowboys. Augusta missed qualifying by just two shots and finished with a score of 912.

The Tigers finished with a 292 team on score on Wednesday, the best in the field and Clemson’s best for the week by nine shots.

“We had all five guys in the game all day and that was a key,” said Head Coach Larry Penley, who will bring Clemson to the NCAA National Tournament for the 26th time in his 33 years at Clemson.  “We got off to a good start with Bryson Nimmer and Stephen Behr making birdie on the first hole.  For the first 15 holes today it was as good a team performance as I have seen in a championship tournament in a long time.  We stumbled some coming in, but we had a double figure lead on the cutline at that point.

“I can’t tell you how proud I am of our seniors. “  Only five golfers shot under par on Wednesday and Clemson had two of the five.  Capps 70 was the best of the 75 golfers in the field.

“I could tell in the practice this morning that they were focused.  The seniors set the tone for the day.    Miller Capps played his best golf in a long time today on a very tough golf course.”

Clemson improved as the tournament went on.  Clemson played the first 11 holes on Monday in 24-over-par and were in last place.   After 18 holes Penley’s Tigers were in eighth place at 20-over-par.  In the second round Clemson had a 13-over-par score of 301 and improved to fourth place, then finished with the best round of the day on Wednesday.

Capps play mirrored Clemson’s comeback in the event as he had an 81 in the first round and was Clemson’s non-counter.  But the native of Denver, N.C. who grew up in Seneca, S.C. played holes 9-16 at four-under-par, a key stretch when Clemson’s margin over the cutline grew to double figure strokes.   Capps finished in 17th place with a 226 score.

Behr had a one-under-par 71, his best round of the tournament thanks to a steady performance that included two birdies, 15 pars and just one bogey.  It was the fewest bogeys by a Clemson golfer in the tournament.  The native of Florence, S.C. finished in eighth place, his team leading fourth top 10 finish this year.

Austin Langdale had a 75 on Wednesday and finished in a tie for 15th place.  He started with three bogeys on the first four holes, then played holes 5-15 in five under par.  An eight on the final hole kept him from a top five finish, but his total of 225 for the tournament was still second best among Clemson golfers.

Freshman Bryson Nimmer was also a key for Clemson on Wednesday with a 76.   He finished in a tie for 49th place with a 238 total.  He will now become the first second generation Clemson golfer to play in the NCAA national  tournament.  His father, Tony Nimmer finished 16th at the 1982 NCAAs with a 289 score, best among Clemson golfers that year.

Carson Young shot a 78 on Wednesday and his score did not count towards the team score, but the junior from Pendleton, S.C finished 37th for the week with a 232 score.