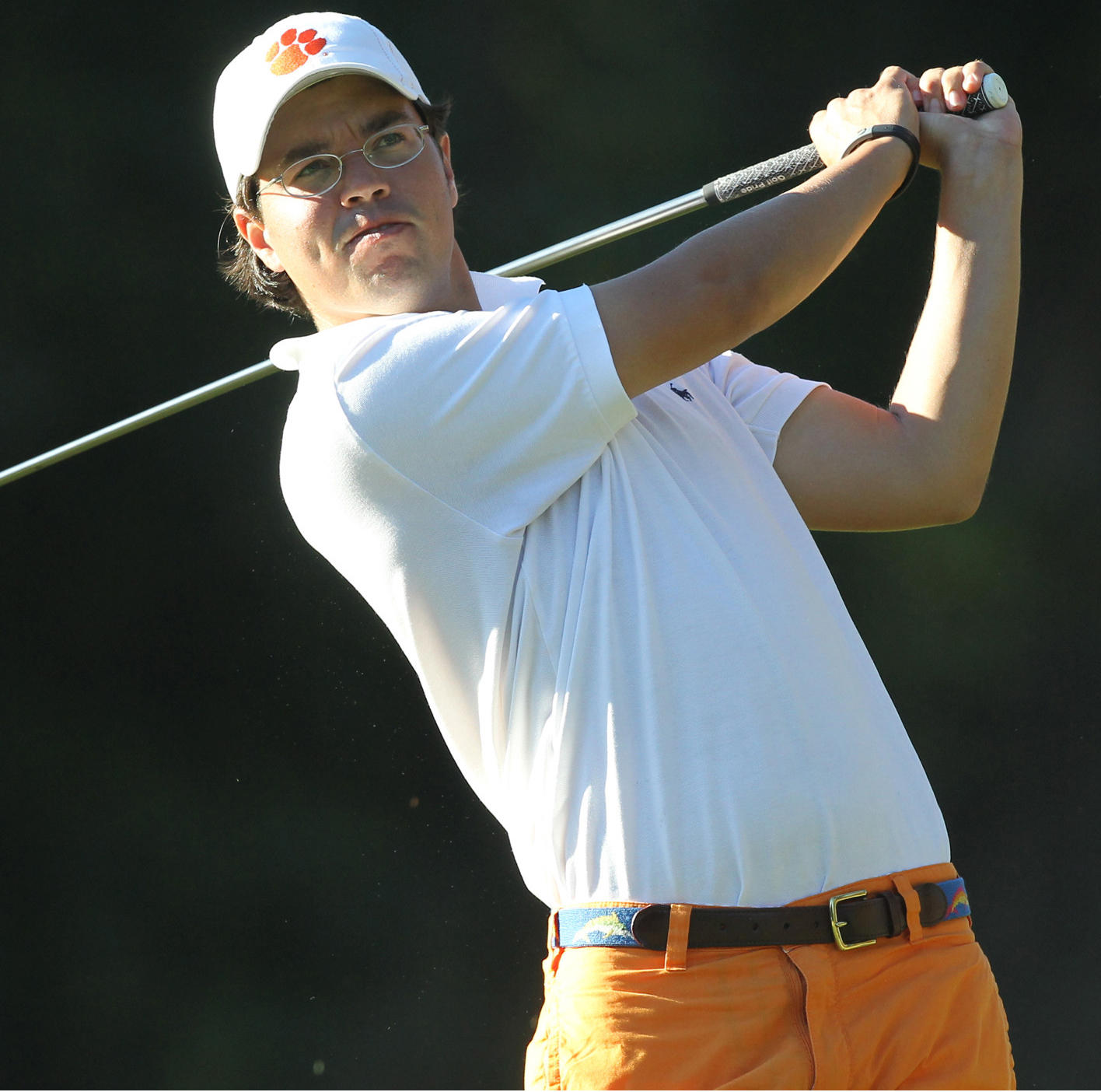 Clemson, S.C.—Billy Kennerly and Cody Proveaux each had a round in the 60s on Monday to lead Clemson to a 36-hole score of five under par 571 at the inaugural Primland Collegiate Inviational at the Primland Resort at Meadows of Dan, Va.  The nine team field will conclude play with 18 holes on Tuesday. Host school Wake Forest has the lead at 27 under par 549 for the 36 holes, while Auburn is second at 553. Clemson had team rounds of 285 and 286 for its 571 total. Kennerly is Clemson’s top player for the first two rounds with a three-under par  141 total after rounds of 69-72 on the par 72 course that is 7053 yards length.  He stands in 16th place individually at three-under-par. Proveaux struggled in the morning round with a 75, but rebounded with a 69 in round two. The course is unique in that there are five par five holes and Proveaux wasted little time in starting his second round off with a bang as he eagled the par five first hole.  He hit his second shot to within two feet of the pin and made the putt for eagle.  Proveaux stands in a tie for 30th position after two rounds. Clemson’s second best golfer for the day was junior Stephen Behr.  He had a one-under par 71 in the first round and an even-par 72 in the second round.  He finished the day in grand style when he made an eagle two on the par four 18th hole.  He hit a six iron in the hole from 191 yards to finish his day.  Behr is in 23rd place entering the final round. Miller Capps had rounds of 72 and 73 for a 145 total and is in 35th place, while freshman Josh Fickes had rounds of 73-74 for a 147 total.  He made par on each of his last nine holes on Monday.