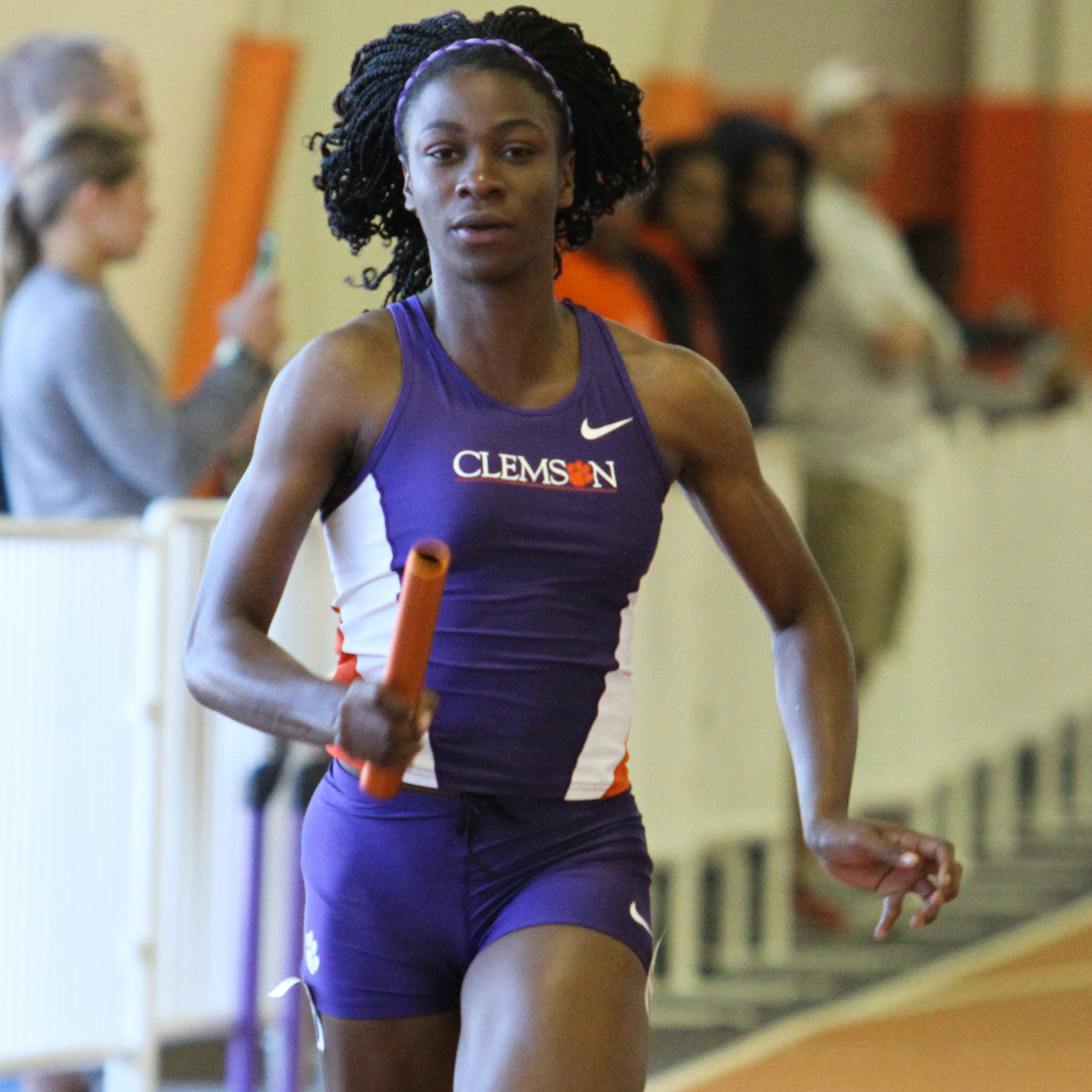 Clemson, S.C — The women’s 4×400 relay set a new Clemson record in the final track event on Saturday to top off a successful weekend at the Tyson Invitational. The Tigers also saw two individual performances secure places in the Clemson history books.

Olivia James, Deja Parrish, Nia Fluker and Natoya Goule combined to finish third in the women’s 4×400 relay and post a program-best 3:33.04, passing the previous record set in 2010. The Tigers topped host Arkansas and also improved the Tigers’ fourth-place standing on the NCAA performance list this season.

The men’s 4×400 relay finished 10th with a season-best time of 3:08.63, placing them in the top-10 nationally. Cordell Lamb, Michael Cheeks, Jorel Bellafonte and Jeffrey Green were within a second of placing inside the top three in Clemson’s record books.

The full Tiger teams are off a week to prepare for the ACC Indoor Championships, set for Feb. 26-28. Clemson will send a group to Notre Dame next week for the Alex Wilson Invitational.