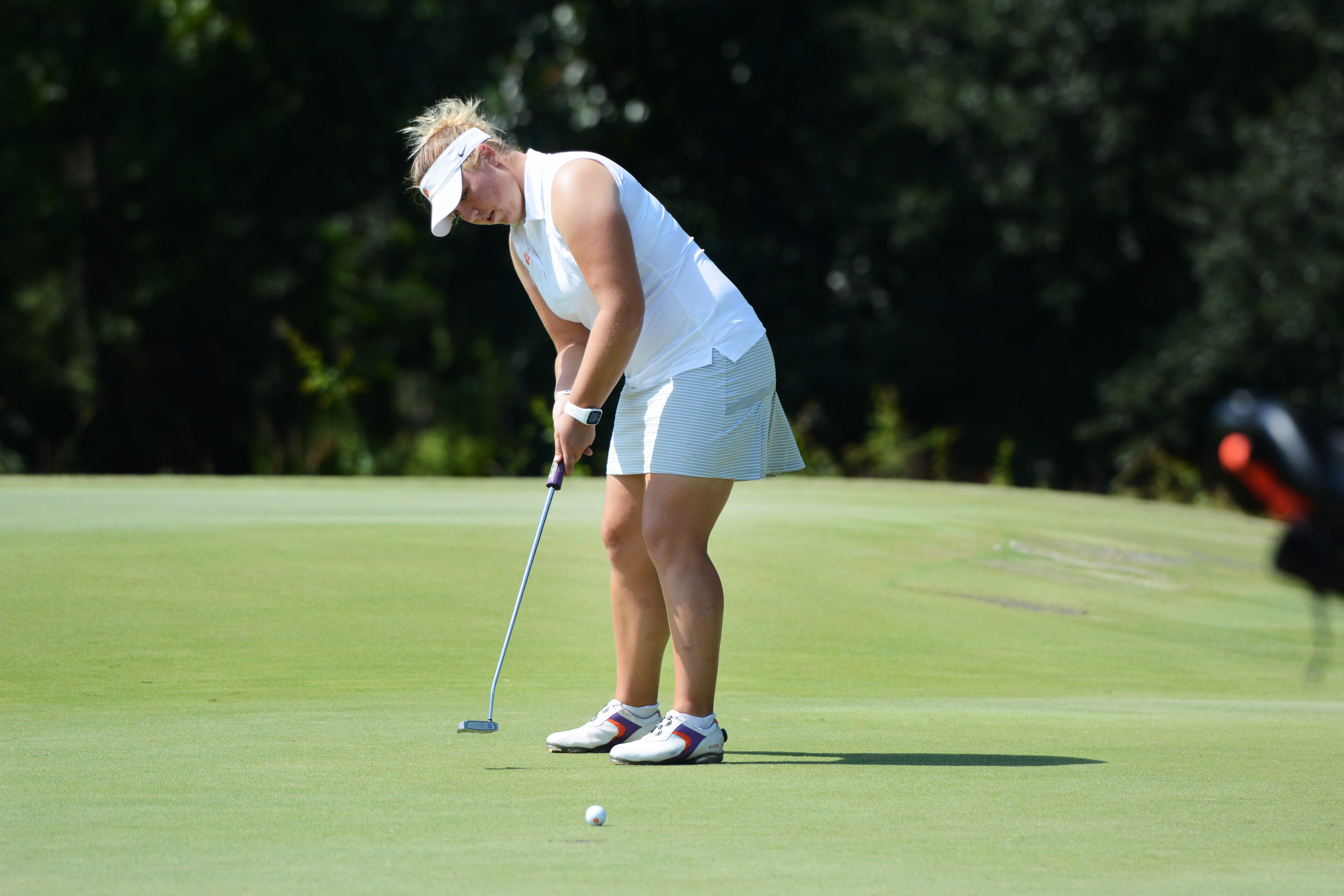 Clemson 13th after First Round at Landfall Tradition

Clemson, S.C.—Sophomore Alice Hewson shot a one-over-par 73 on Friday to lead Clemson to a 303 team score and a 13th place standing out of 18 teams at the Landfall Tradition in Wilmington, NC.  The tournament being played at the Country Club of Landfall Dye Course includes eight of the top 25 teams in the nation, including No. 1 Alabama.  The three-day, 54-hole event continues on Saturday.

Hewson is just four shots off of that lead and just three shots out of second place after the first round.  The sophomore had two birdies, three bogeys and 13 pars in the first round.  That included a birdie four on the par five 18th hole.  Hewson is the No. 23 ranked player in the nation entering this tournament.

Freshman Ana Paula Valdes and junior Sydney Legacy both had rounds of  four over par 76.  Valdes had three birdies, but had seven bogeys.  Legacy had a pair of birdies.    Clemson’s fourth  counting score was turned in by Sloan Shanahan, who birdied two of her final three holes to shoot 78.

Marisa Messana was the non-counter with a 79.  She had as many pars as Hewson (13), but a pair of double bogeys ruined her round.    Clemson senior Jessica Hoang is playing the event as an individual and she also had a 79 in the first round.

“Everything was a bit of a struggle today,” said Head Coach Kelley Hester.  “But, we did hang in there and fight for every shot.  Several  of the girls did make birdies coming in, we just need to give ourselves more opportunities.”

All 18 teams continue play on Saturday morning.  Live scoring is available at golfstat.com.