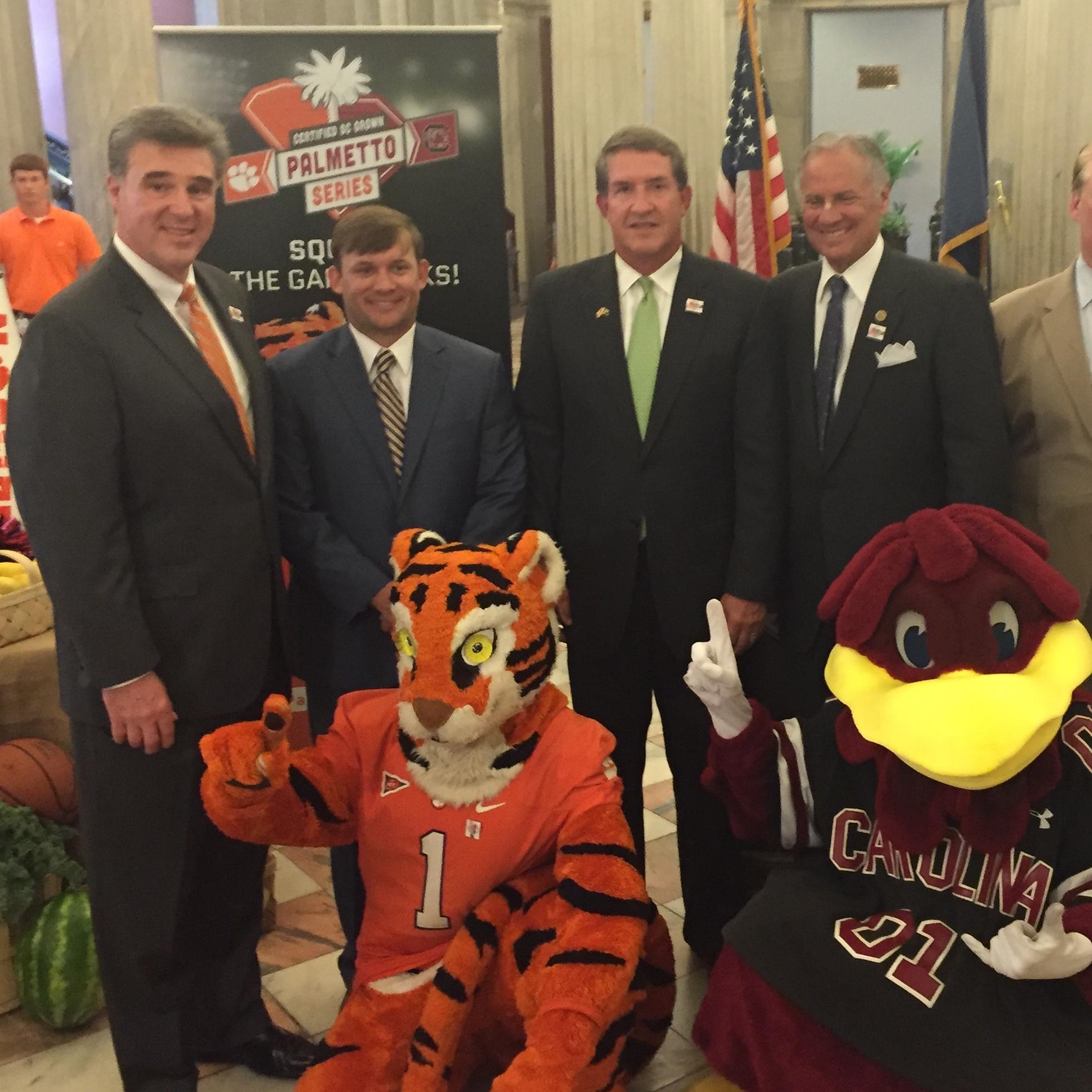 Leadership from the South Carolina Department of Agriculture (SCDA), the University of South Carolina and Clemson University gathered earlier today at the State House for the official launch of the inaugural Certified SC Grown Palmetto Series.

The Palmetto Series was created using the full schedule of athletic events between the healthy Carolina – Clemson rivalry. Throughout the year, as the two schools compete head-to-head, each will earn points with the winner earning bragging rights and the coveted Palmetto Series trophy. Presented by SCDA, the series will also connect fans and farmers around the food grown right here in South Carolina.

“We might not all agree ON the fields, but there’s one thing USC and Clemson can agree on and that is what we grow IN our fields,” Commissioner Hugh Weathers said. “South Carolina has a rich tradition in both sports and agriculture, and we hope fans will come together and continue to select Certified SC Grown.”

The winner of the season series in head-to-head competition will receive one point in each sport, including sports in which both teams are competing only as part of multiple-team tournaments, the series will also take into account academics and food drives to feed the hungry in South Carolina.

“We thank the SCDA for their support of this new challenge between Clemson and South Carolina,” Clemson Director of Athletics Dan Radakovich said. “We’ve always played for bragging rights, but the Palmetto Series creates even more excitement for our student-athletes, fans and universities as we engage in friendly competition across our athletic programs.”

“One of the most legendary rivalries in all of college sports has never had an official name, until now,” USC Athletics Director Ray Tanner said. “We appreciate SCDA for being a partner in this competition, bringing the series to fruition and granting official bragging rights to the overall winner of the Palmetto Series.  We look forward to the competition”

The first match-up of the series will kick off on Aug. 28 in Clemson with USC vs. Clemson women’s soccer.