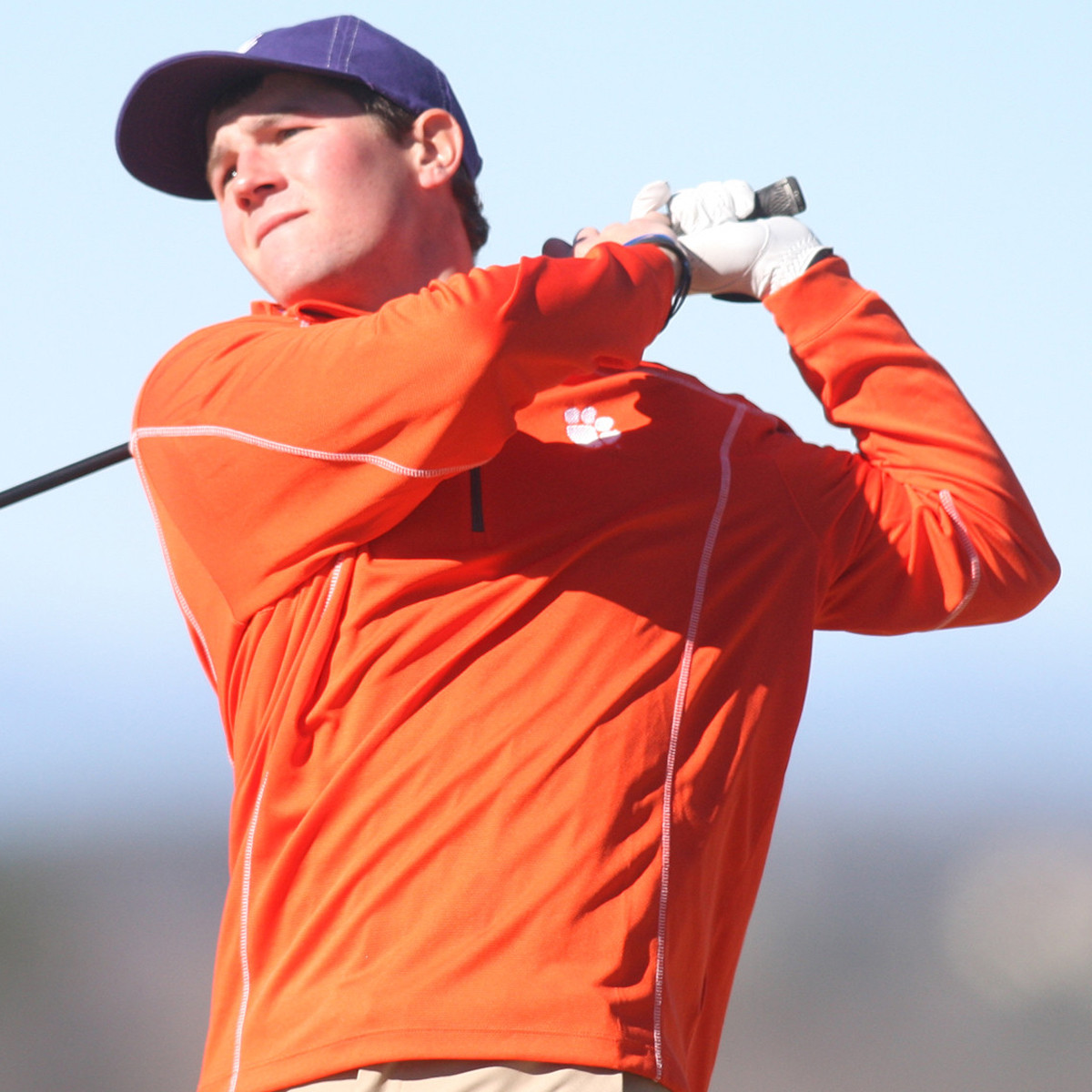 Clemson, S.C.—Clemson senior Miller Capps shot a two-over-par 72 on Tuesday on the Olympia Fields South Course and is in great shape to qualify for the Match Play Championship of the 2015 United States Amateur.  Capps had shot a 70 on what is considered the more difficult North Course on Monday and his two-over-par 142 total and is in a tie for 37th in the stroke play qualifier with 54 players still left to finish the second round on Wednesday morning.

Clemson graduate Billy Kennerly will probably be in a playoff for a spot in the Match Play on Wednesday.  Kennerly also shot a 72 on the South Course on Tuesday after an opening 71 on the North Course on Monday and is in 56th place, tied with 22 other golfers.  The top 64 golfers advance to Match Play.

Carson Young was a third member of Clemson’s 2015 team in the United States Amateur.  The native of Pendleton, S.C. had the best round of any Clemson golfer on Tuesday with a one-under-par 69 on the South Course, but his opening round 77 took him out of contention.  He finished with a six-over par 146 score.

Capps exorcise some Olympia Fields demons with his performance on Tuesday.  As a freshman in the fall of 2012, Capps and the Tigers played in the Fighting Illini Classic on the same Olympia Fields South Course.  Capps shot a 232, 22-over-par, for the 54 holes and finished 63rd, his worst 54-hole score and worst finish in a regular season tournament in his Clemson career.

“The South Course is not my favorite,” said Capps, who will be in his fourth year on the Clemson golf team this year.  “It is a beautiful course, but I had some bad memories from my freshman year when we played it.  I really struggled.”

Capps got off to a great start on Tuesday as he shot two-under-par on the back nine, his first nine of the day.  He made consecutive 10-foot birdie putts on the 17th and 18th holes to turn at two-under and he was in ninth place on the leaderboard at the time.

But, he made bogey on each of the first four holes on his second nine, holes 1-4 on the card.  That put him to two-over on his round and in danger of missing the cut.

Capps made par on that fifth hole and made stress free pars the rest of the round to finish with a 72.  He won’t find out his first round match play opponent until Wednesday morning.