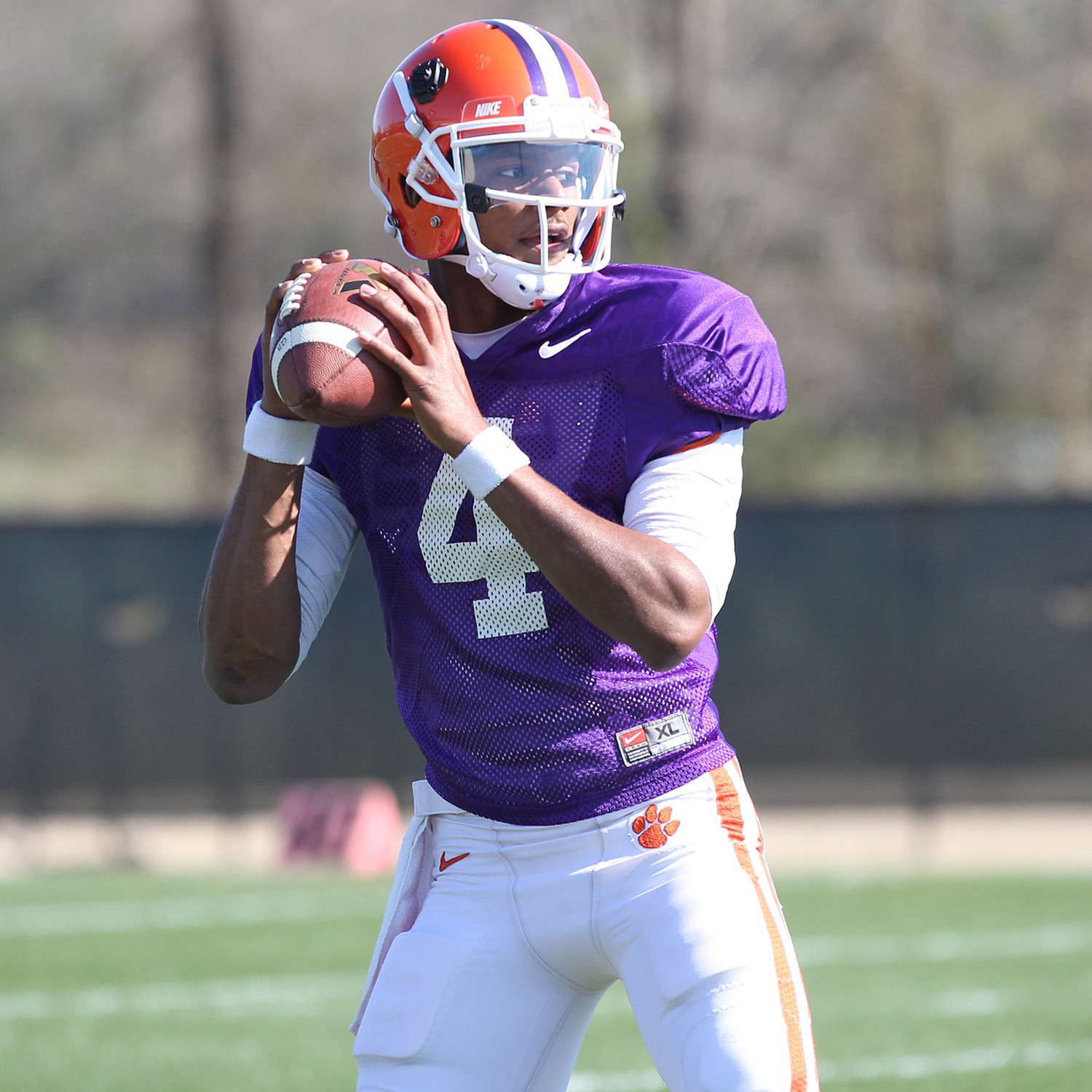 On the eve of Day 1 of August camp, Dabo Swinney and his coaching staff certainly have more answers than questions. The Tigers are coming off a fourth consecutive 10-win season, something only Alabama, Northern Illinois and Oregon can claim.

That said, there are intriguing storylines pretty much across the board for Tiger Football in 2015. Clemson faces a tough schedule, with a home slate that includes games against Notre Dame (Oct. 3), Georgia Tech (Oct. 10) and Florida State (Nov. 7), and a road schedule bookended by trips to Louisville (Sept. 17) and South Carolina (Nov. 28).

How the Tigers answer some of those questions will go a long way in telling Clemson’s story this fall. With that in mind, here are four questions to keep in mind as the Tigers prepare for Tuesday’s first practice in helmets and shorts.

1. How is Deshaun Watson’s health?

Ask any Clemson fan, and they’ll tell you this is the biggest concern entering the 2015 season. Watson was slowed his freshman season by a pair of “freak” injuries, as Swinney calls them, referring to a broken finger suffered on a run play against Louisville and a torn ACL suffered late in the season. But when healthy, he showed flashes of the phenomenal talent that earned him the nation’s No. 1 quarterback prospect rating among the class of 2014. He tied an ACC record with six touchdown passes against North Carolina, accounted for four touchdowns apiece in wins over NC State and South Carolina, and was brilliant in an overtime defeat at top-ranked Florida State.

Watson rehabbed all winter and spring, and is expected to take the first-team reps Tuesday. Behind him, the battle for the No. 2 quarterback position will take shape between Nick Schuessler and two freshmen, Kelly Bryant and Tucker Israel, who both enrolled in January. Schuessler was great in the spring, finishing the Orange & White Game with 201 passing yards and two scores.

There was no shortage of leadership defensively for the Tigers in 2014, when they led all of Division I in 11 different categories, including total defense and pass efficiency. Eight seniors from the starting lineup have moved on, leaving a tremendous void. The defensive line must replace its entire starting unit, but does return experienced tackles in D.J. Reader and Carlos Watkins, as well as end Shaq Lawson, who had more tackles as a backup last season than first-rounder Vic Beasley. The secondary is the most experienced unit, with returning standouts Mackensie Alexander and Jayron Kearse patrolling the defensive backfield.

3. Which players emerge from a crowded backfield?

It’s a great problem to have. Running backs coach Tony Elliott called it “competitive depth” in his preseason meeting with the media on July 15. Clemson has a roster full of capable backs, including sophomore Wayne Gallman, who exited the spring atop the depth chart. Gallman, of course, finished his rookie campaign strong by rushing for 191 yards in the 35-17 win over the Gamecocks. He’ll contend with Zac Brooks, C.J. Davidson, Tyshon Dye and C.J. Fuller during camp.

4. Which freshmen will receive playing time?

This is always a hot topic entering any season, let alone one in which several significant prospects earned scholarships to play for the Tigers. Mitch Hyatt is the most obvious answer, as the freshman offensive tackle is listed with the first team on the preseason depth chart after the departure of Isaiah Battle to the NFL. Beyond him, several have a chance to earn playing time. On offense, expect wideouts Deon Cain and Ray Ray McCloud to get serious looks in camp. Defensively, linemen Albert Huggins and Christian Wilkins have arguably earned the most praise to this point. Both checked in at 285+ at Monday’s weigh-in.