CLEMSON, S.C. – For the second time in four weeks of ACC Softball action, Clemson right-handed pitcher/outfielder Valerie Cagle has been named the ACC Player of the Week, the conference office announced Tuesday, for games played Feb. 24 – March 1. Cagle was also tabbed the ACC Player of the Week just two weeks ago when her and redshirt freshman Logan Caymol swept ACC weekly accolades on Feb. 18.

Cagle helped Clemson to an undefeated week after guiding the Tigers in their first-ever win over a ranked opponent, a 4-1 upset over then-No. 14 Georgia, and led Clemson in a sweep over Virginia in its first-ever ACC series. In addition to tossing two complete games in the circle last week, including against the ranked Bulldogs, the true freshman hit .625 with three home runs – a walk-off to defeat the Cavaliers on Friday, a three-run shot and her second career grand slam – and 11 RBIs. Cagle ignited a four-run inning for the Tigers, which proved to be the difference in Wednesday’s upset over Georgia. She recorded the Tigers’ first of six consecutive singles of the inning. 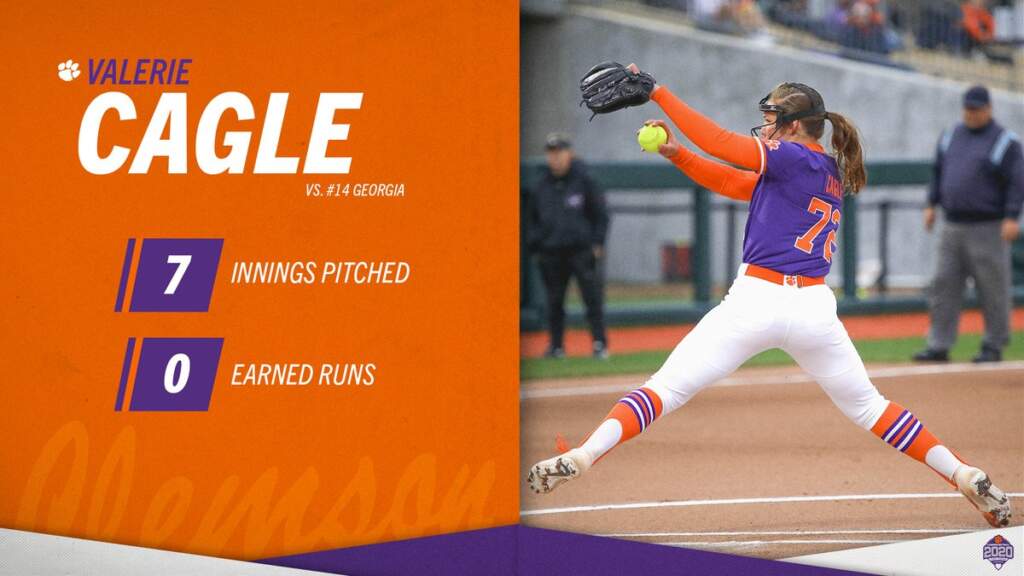 Against Virginia on Friday, the Yorktown, Virginia native went 4-for-5 at the plate and hit a walk-off solo home run with two outs and a 3-0 count. In Saturday’s win over the Cavaliers, Cagle went 2-for-3, including a double, and registered two RBIs. Cagle was electric in Clemson’s third and final game to complete the sweep over Virginia as she went 3-for-5 with a three-run shot and ended the game via mercy rule on her second career grand slam in the bottom of the sixth to record seven RBIs on the game. Sunday’s game also marked the second occasion in which Cagle has recorded at least seven RBIs as she tallied eight against Maryland (Feb. 15). For the series against the Cavaliers, she hit .692 and slugged 1.538. 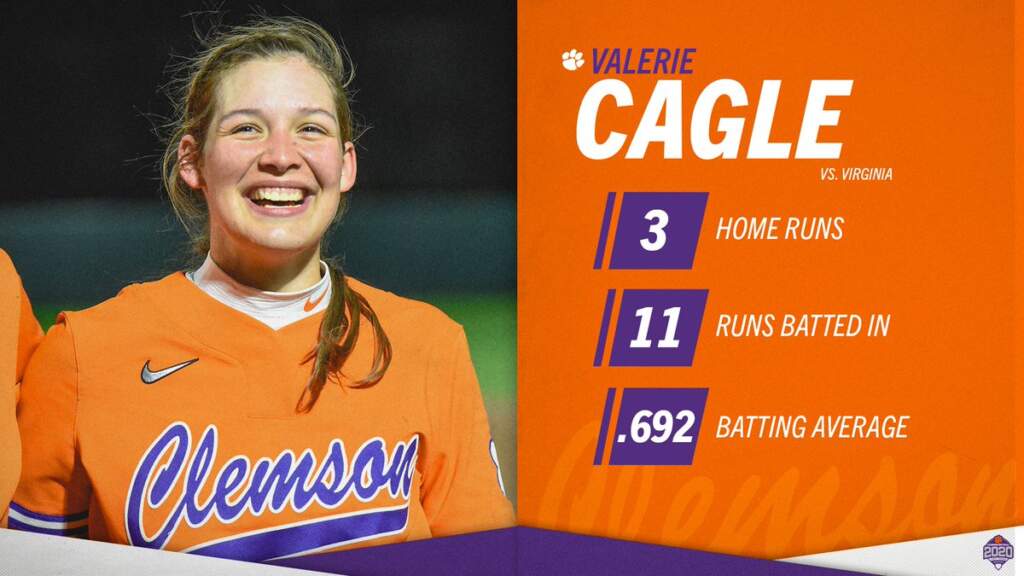 Clemson (14-7, 3-0 ACC), which currently sits in sole possession of first place atop the ACC standings and received 10 votes in the latest NFCA coaches poll, returns to the diamond Wednesday in a doubleheader against Charlotte. First pitch for game No. 1 is scheduled for 3 p.m. Both contests against the 49ers are slated to stream on ACCNX.

Tickets for all Clemson Softball regular-season midweek home games are available for purchase on ClemsonTigers.com for just $2.

Cagle crushes one to center with bases loaded and two outs! We lead 8-1 in the bottom the third.

Cagle gets the game's first hit!

THE FINAL OUT. THE CELEBRATION.

🚨 DOUBLE PLAY 🚨Cagle and Goodwin turn two in the top of the fourth inning. 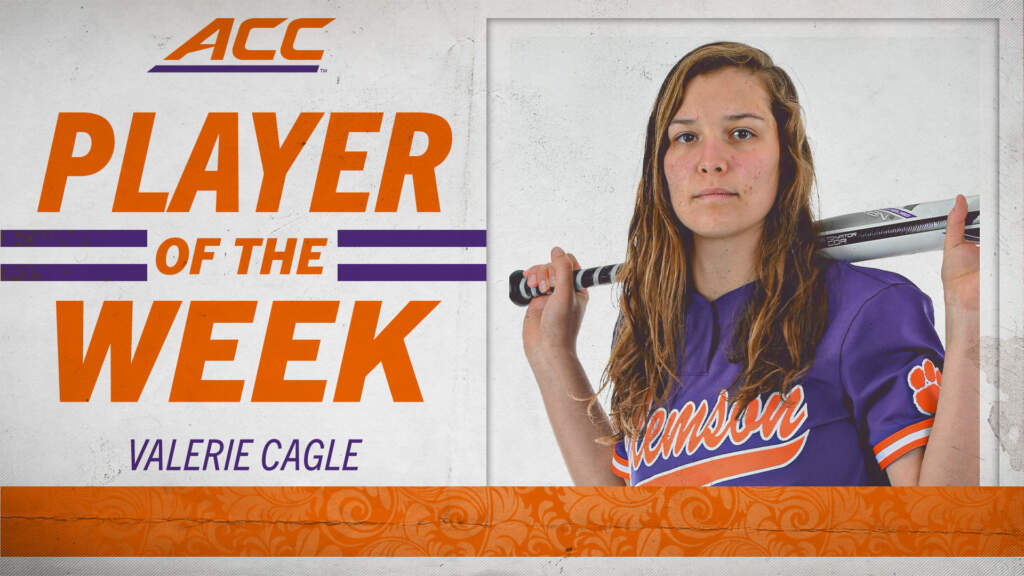