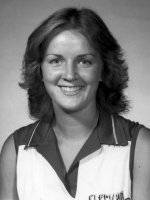 CLEMSON, SC – Susan Hill-Whitson will be inducted into the Clemson Ring of Honor Saturday at halftime of the Clemson vs. Wake Forest game at Memorial Stadium.

Byrd was an All-American on the course and in the classroom for the Tiger golf team between 1997-2000, while Hill-Whitson is the only four-time ACC MVP in ACC women’s tennis history. She led the Tigers to national prominence between 1977-81.

Byrd was ranked as the sixth best player in the nation by the Sagarin computer rankings in 1999 and was rated 14th as a senior. He finished his career with 30 rounds in the 60s and 26 top 10 finishes, both still second best in school history.

The native of Columbia, SC is still the only two-time selection as Clemson’s IPTAY Athlete of the Year and was named to the ACC 50-Year Anniversary team in 2002. He was inducted into the Clemson Athletic Hall of Fame in 2006.

Now in his 10th year on the PGA Tour, Byrd is a five-time PGA Tour winner, more than any other former Clemson golfer. He won the Justin Timberlake Invitational at the end of the 2010 season with a hole-in-one on a playoff hole, the first time that has happened in the history of the PGA Tour. He finished 22nd on the PGA Tour Money List this year, the highest finish of his career.

Byrd and his wife Amanda have two children and reside in Sea Island, GA.

Hill-Whitson was named to the ACC 50-year Anniversary team in 2002 and was named one of Clemson’s top 20 student-athletes of the 20th century by The State newspaper. She also holds the distinction of being the first women’s athlete to be inducted into the Clemson Hall of Fame and is just the third female athlete inducted into the Ring of Honor.

The native of Tennessee was a three-time first-team All-American and had a 126-20 record over her career. That .863 winning percentage is still the best in Clemson history. She won 82 percent of her sets (261-57), also the best in school history. Hill-Whitson had an incredible 40-3 record as a junior during the 1979-80 academic year. She was 33-5 as a freshman, 23-3 as a sophomore and 30-9 as a senior in singles matches.

In her final match at Clemson, Hill-Whitson defeated Kathryn Kyle of UCLA who had never lost a match in her college career for the Bruins.

As a team, Clemson finished 13th in the nation in 1978, 12th in 1980 and ninth in 1981. The team played in the AIAW National Tournament (organization for women’s sports before the NCAA) in three of her four years. The Lady Tigers were 17-1 in regular season ACC play and the team was 83-26 overall.