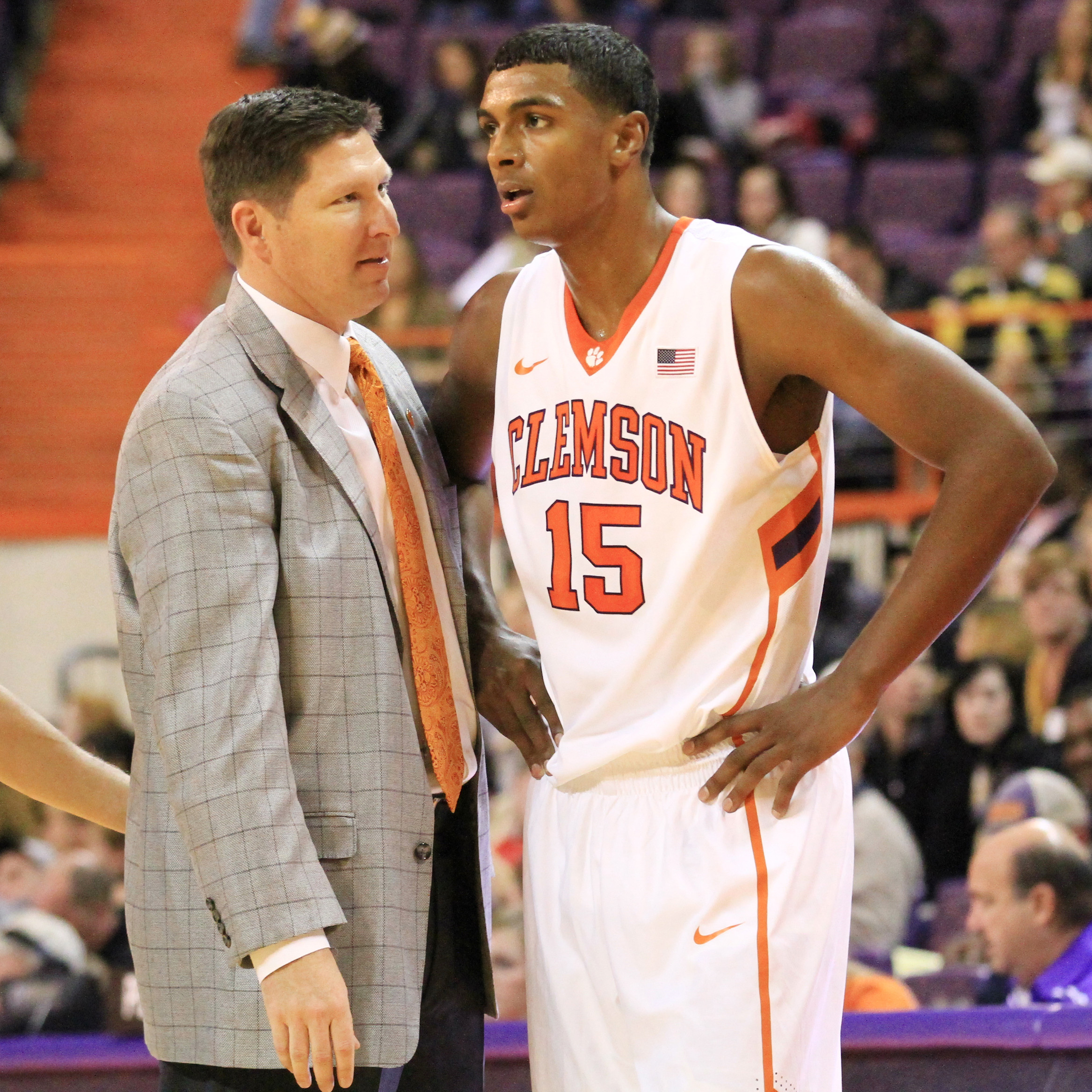 His players may be out of town for spring break, but that certainly hasn’t deterred Brad Brownell from focusing his thoughts on the offseason.

“We’ll lick our wounds this week, and then we’ll regroup and meet as a team Monday,” said Brownell, who just completed his fifth season as Clemson’s men’s basketball coach. “We’ll get three or four weeks of individual skill work with our guys. That will help set expectations and habits for the summer.”

It’ll be an important summer for a program eager to forget a difficult finish to the 2014-15 season. Clemson narrowly missed out on postseason play after compiling a 16-15 final record, 8-10 in the ACC.

A heartbreaking, 60-58 defeat on Feb. 10 to eventual ACC Tournament champion Notre Dame seemingly took a toll, and players largely couldn’t regain the same confidence it showed prior to the loss.

“We didn’t know how to finish games,” Brownell told a group of reporters in Littlejohn Coliseum on Tuesday in his final press conference of the season. “Our inability to score put a lot of pressure on us, and we didn’t handle it well.”

Clemson knew scoring would be at a premium with the loss of K.J. McDaniels to the NBA a year earlier than expected. McDaniels was a first-team All-ACC player as a junior, averaging a team-high 17.1 points per game.

In his stead, redshirt sophomore Jaron Blossomgame lived up to his last name. He more than doubled his productivity and led Clemson with 13.1 points and 8.2 rebounds per game. He was the first freshman or sophomore to lead the Tigers in points and rebounds in the same season since Greg Buckner did it as the ACC Rookie of the Year in 1995.

Brownell was pleased with Blossomgame’s development in year two, and looks forward to returning his top scorer for the first time in his Clemson tenure.

“It’s strange that it’s going to be my sixth year before that happens,” he said. “But we knew Jaron would make a nice jump. It was his first time coming off a full offseason; he was highly motivated and healthy. I’m excited to have him for two more years. He’ll be a centerpiece to what we try to do offensively.”

One of Clemson’s other top performers was a freshman, Donte Grantham. The West Virginia native is the only freshman in Clemson history to post at least 40 three-pointers, 40 assists, 20 blocks and 20 steals in a season — a testament to his versatility as a player.

While the Tiger frontcourt should remain intact, Clemson will see turnover in terms of its starting backcourt. Included is point guard Rod Hall, who started 106 games and logged nearly 3,700 minutes for the Tigers as a steady presence since 2011.

Brownell said San Francisco transfer Avry Holmes should get the first look at replacing Hall in the lineup.

“Avry was brought here with the idea this is what would happen,” he said. “Avry is more inclined to score, and is a better shooter. He has a great chance to play a bunch of minutes for us, so we hope he’ll make a smooth transition to point guard for us.”

Holmes made 98 three-pointers in two seasons at San Francisco, and was an honorable mention All-West Coast Conference performer as a sophomore before sitting out 2014-15.

Clemson’s 2015-16 schedule is still a work in progress. And while the Tigers will call Greenville’s Bon Secours Wellness Arena home next season, Brownell is encouraged by Clemson’s commitment to enhancing its facilities — a commitment that took a significant step forward Wednesday.

The South Carolina Budget and Control Board gave final approval to the project that will cost approximately $63.5 million, which includes reconstruction of the seatnig areas, along with new practice facilities, locker rooms, meeting rooms and coaches offices for both the Tiger men and women.

“It doesn’t wow a prospect right now, when you show them a photograph,” Brownell said. “But when you see new things going up, that creates excitement. To be on par with the other teams in this league, we have to improve. It will really help.”