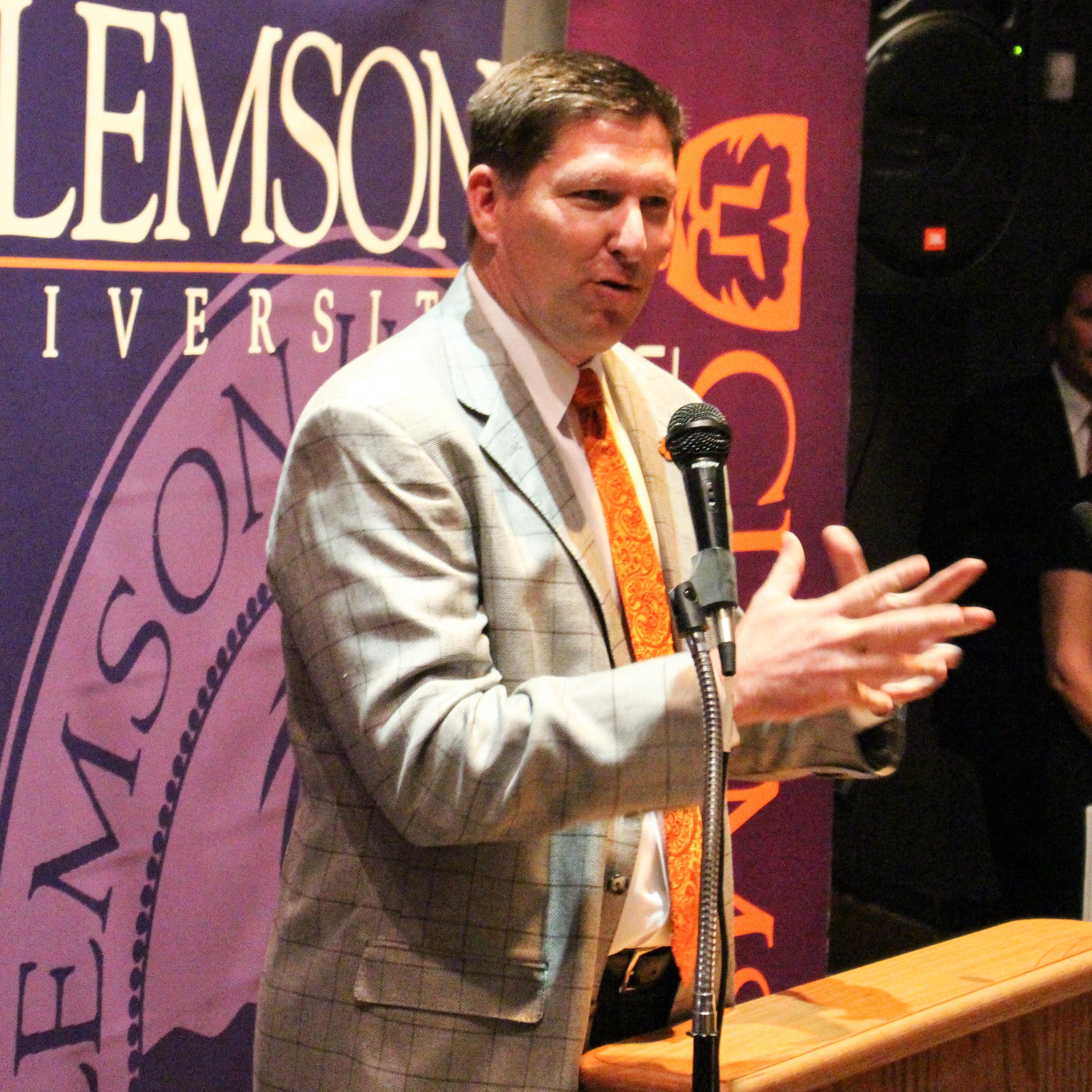 Clemson men’s basketball coach Brad Brownell spent some time in the city of Greenville on Tuesday, or “Corporate Tuesday,” as it was known last night. He spoke to a crowd of well over 100 business leaders in the community as part of a reception put on by Greenville Business Magazine.

Along with Brownell, the business community heard from Dr. Greg Pickett of the Greenville ONE office — home to Clemson’s graduate-level business programs — located along Main Street.

Brownell told the group he was ready to bring the Tigers to Greenville.

“I’m excited about coming here,” he said. “This should be a great year for our team, and hopefully for the city as well. I’ve had numerous people along the way over the last six months tell me how excited they are about us being in Greenville.”

Tuesday’s speaking engagement was the latest in a strong push toward developing a presence in Greenville. Clemson officials previously took part in a ribbon-cutting ceremony in April, then held two Open House events at the arena over the summer to share with fans the various seating options and amenities available.

While the Tigers are displaced from a primary facility, Brownell’s team has been working out in Jervey Gym, sharing the court with Clemson’s volleyball and women’s basketball teams.

“Our guys are spending a lot of quality time together in a smaller locker room,” he said. “And I think it’s good in a lot of ways. It brings us back to our roots.”

The Tigers’ coach likes the competitive spirit he’s seen from his team, which began individual workouts for the fall semester on Monday.

“This is the first time, now in my sixth season, where we’ll have our leading scorer (Jaron Blossomgame) coming back,” Brownell said. “He had a great sophomore season, and will be a good player for us. Donte Grantham should have a big sophomore season. Landry Nnoko can be one of the better defensive players in the ACC. And then our transfer point guard, Avry Holmes, is a good player. Plus, we have depth with guys on the wing like Jordan Roper, Gabe DeVoe and Austin Ajukwa.

“I like where our program is, and where we’re headed.”

To conclude his 10-minute speech, Brownell thanked the Greenville community for its dedication to the men’s basketball program.

“We’re happy to make it easier for some of the fans that have been so loyal to us,” he said. “We’re coming to you, so we want you in The Well for as many games as you can make it out to. We have an unbelievable league schedule, so we need to make sure everyone gets out and is wearing orange.”