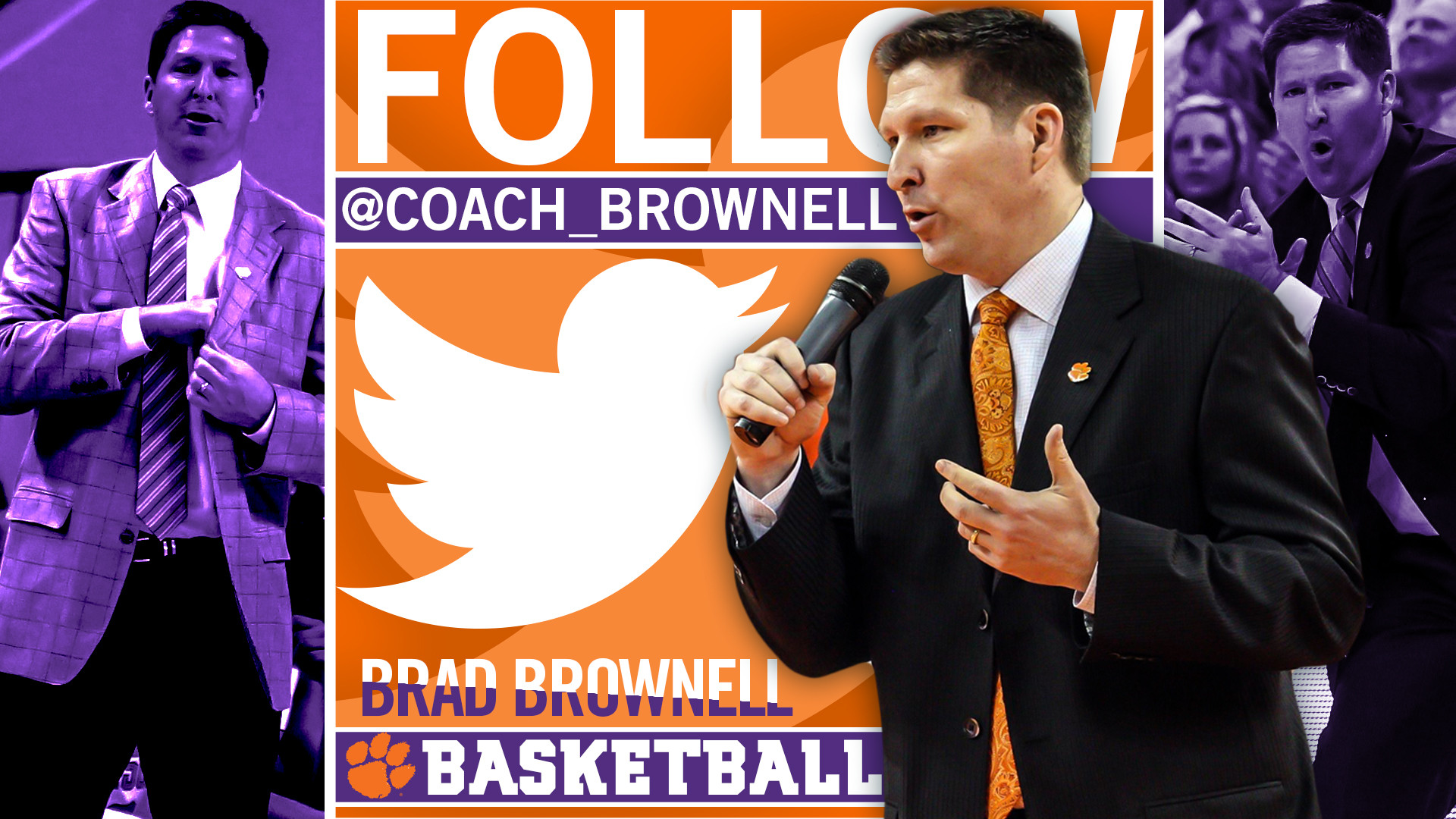 Effective today, you can find him on the social media service @Coach_Brownell. His reasoning for starting an account is simple—it’s about creating more visibility for Clemson basketball.

“Hopefully, fans can learn more about what’s going on in our program,” he said Tuesday morning as he personally greeted nearly 300 campers heading into Littlejohn Coliseum.

Brownell cited his staff’s encouragement as a major reason behind the decision to join the social networking scene.

But the news of his new account begs the question—how would Brownell rate himself on a scale of 1 to 10 when it comes to computer and mobile skills?

A skill that should come in handy for the latest Tiger head coach to join Twitter.