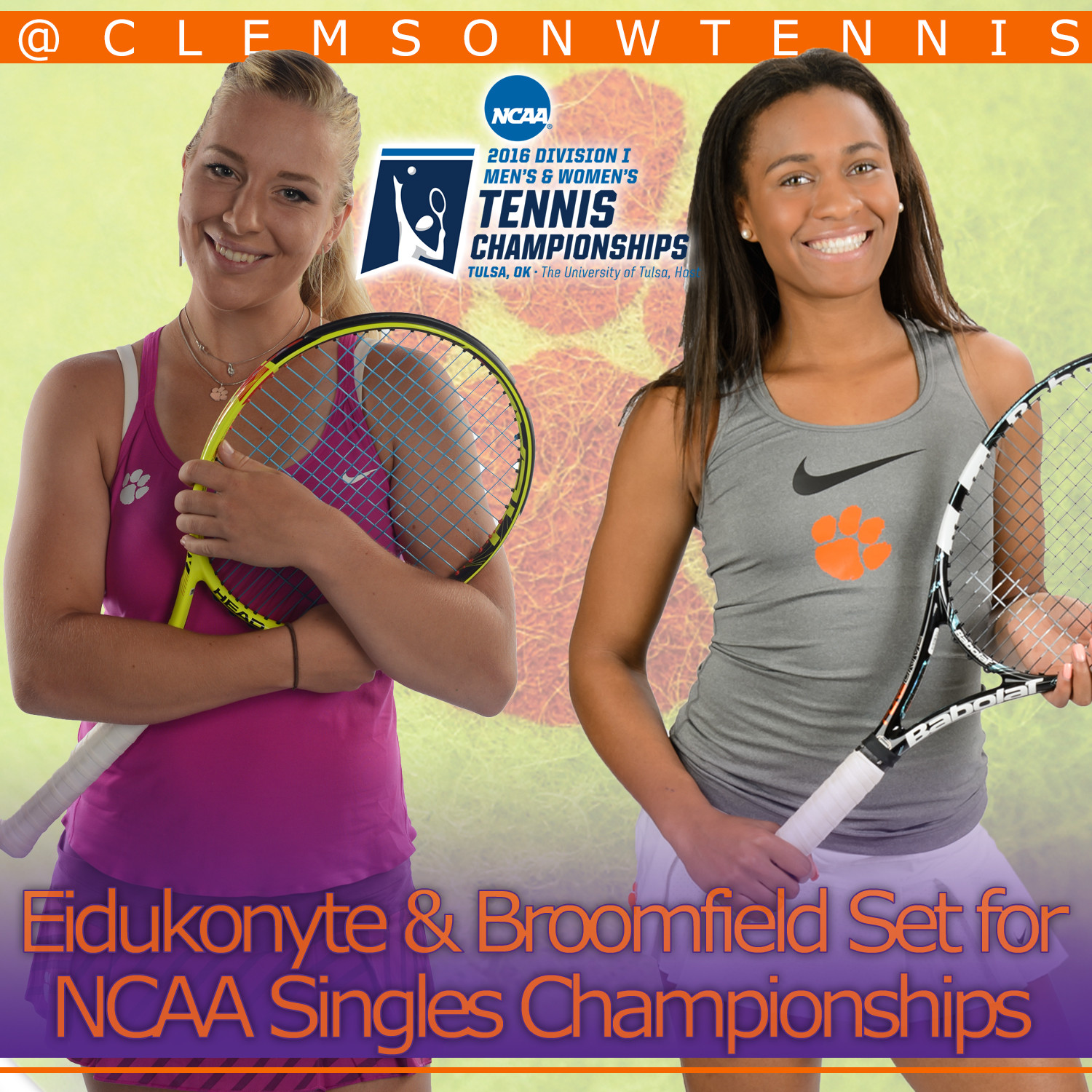 CLEMSON, S.C. – Two members of the Clemson women’s tennis team, Ayan Broomfield and Joana Eidukonyte, are set to begin play in the 2016 NCAA Singles Championships in Tulsa, Okla. on Wednesday, May 26. The tournament is being held at the Michael D. Case Tennis Center on the campus of the University of Tulsa.

Eidukonyte, a senior from Vilnius, Lithuania, faces Alexandria Stiteler of South Alabama in the first round of the tournament on Wednesday at 12 p.m. CT (1 p.m. ET), while Broomfield, a freshman from Toronto, Canada, squares off against Sadie Hammond of Tennessee at 1 p.m. CT (2 p.m. ET). Eidukonyte is ranked 26th nationally in singles, while Stiteler is 107th. Broomfield and Hammond are ranked 51st and 50th, respectively.

A two-time All-ACC selection in 2015 and 2016, Eidukonyte is making her second appearance in the NCAA singles tournament. Last year, she reached the Round of 16 of the draw before falling to the eventual singles national champion, Jamie Loeb of North Carolina.

Broomfield, the ITA Carolina Region Rookie of the Year, ACC Freshman of the Year and an All-ACC Second Team selection in 2016, is 12-9 overall and 11-9 in dual matches in 2016. She played 16 of her 20 dual matches at the No. 1 singles position after moving up to that spot in the lineup in February. Broomfield has five wins over top-100 singles players so far this spring.