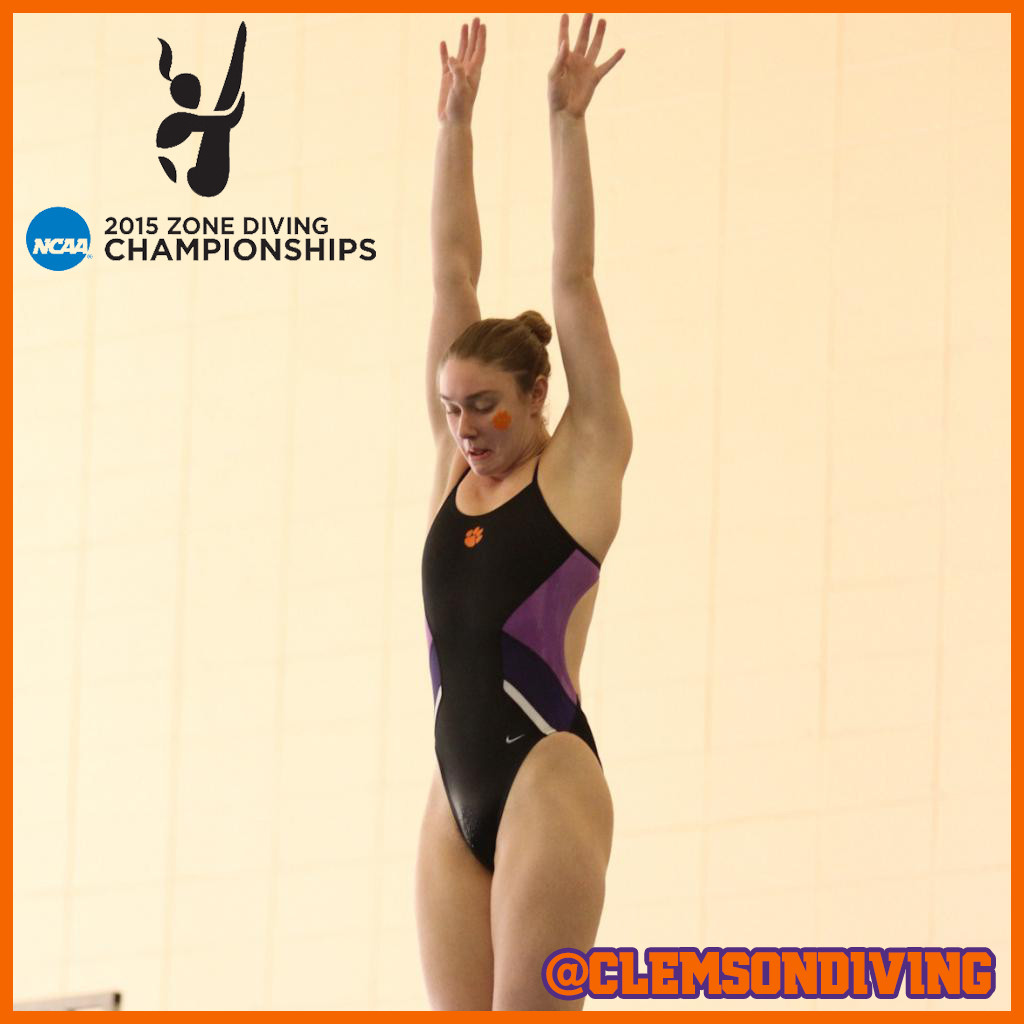 Braun finished 17th in Tuesday’s one-meter preliminary round with 255.30 points. She went on to place 18th overall with a total score of 510.80 points on the day. The place of 17th in the prelims was an improvement of 18 spots from the Beaverton, Ore. native’s place of 35th in the one-meter prelims in 2014.

Junior Megan Helwagen placed 22nd in the one-meter prelims with 247.50 points, finishing one position better than she did in yesterday’s three-meter prelims. The 22nd-place finish is Helwagen’s highest finish in the one-meter at the NCAA Zone meet in three career tries, as she placed 27th in the 2013 and 28th in 2014 in the event.

The three-day meet concludes on Wednesday, March 11 with the platform competition. Braun, Brophy, Doolittle and Helwagen are entered in the event, which begins at 11:45 a.m. Live results will be available on DiveMeets.com.