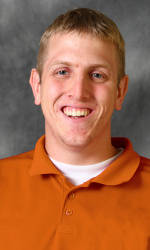 CLEMSON, SC – Head Women’s Basketball Coach Itoro Coleman has announced the hiring of Brandon Miller as the Video Coordinator for the program. Miller is the final hire of the 2010-11 staff for Coleman, who became Clemson’s fifth head coach on March 29.

“I am so pleased to welcome Brandon to our staff,” said Coleman. “Brandon’s energy and enthusiasm is right in line with what we want to do here. He brings a lot of winning experience to our team, and his contributions in the video coordinator position will help Lady Tiger Basketball meet our goals.”

Miller was most recently at the University of Louisville where he was a video coordinator for two seasons. The Cardinals reached the Championship Game of the NCAA Tournament in 2008-09, Miller’s first season in Louisville.

“I am extremely excited to have the opportunity to come to Clemson,” said Miller. “I am looking forward to working under such a great staff, led by an up-and-coming coach. I cannot wait to restore the winning tradition for Lady Tiger Basketball.”

At Louisville, Miller was responsible for all women’s basketball video work, from collecting tape, to breaking down, editing, and production of scouting and highlight film. He was also a valuable assistant with the Lady Cards Camps, as well as a number of other administrative duties.

Prior to his time at Louisville, he spent two seasons at the University of Florida, where he earned a Master of Science degree in sport management in 2007. Miller was a graduate assistant for the Gators’ women’s basketball team, where he completed various duties from scouting, travel, film exchange, and everyday operations.

Miller graduated from High Point University in 2004 with a double-major in sport management and business administration.

In addition to his experience with Louisville and Florida, Miller has completed internships with Wake Forest, High Point athletics, and the Carolina Dynamo, where he completed a wide array of activities, from equipment needs to other various departments.