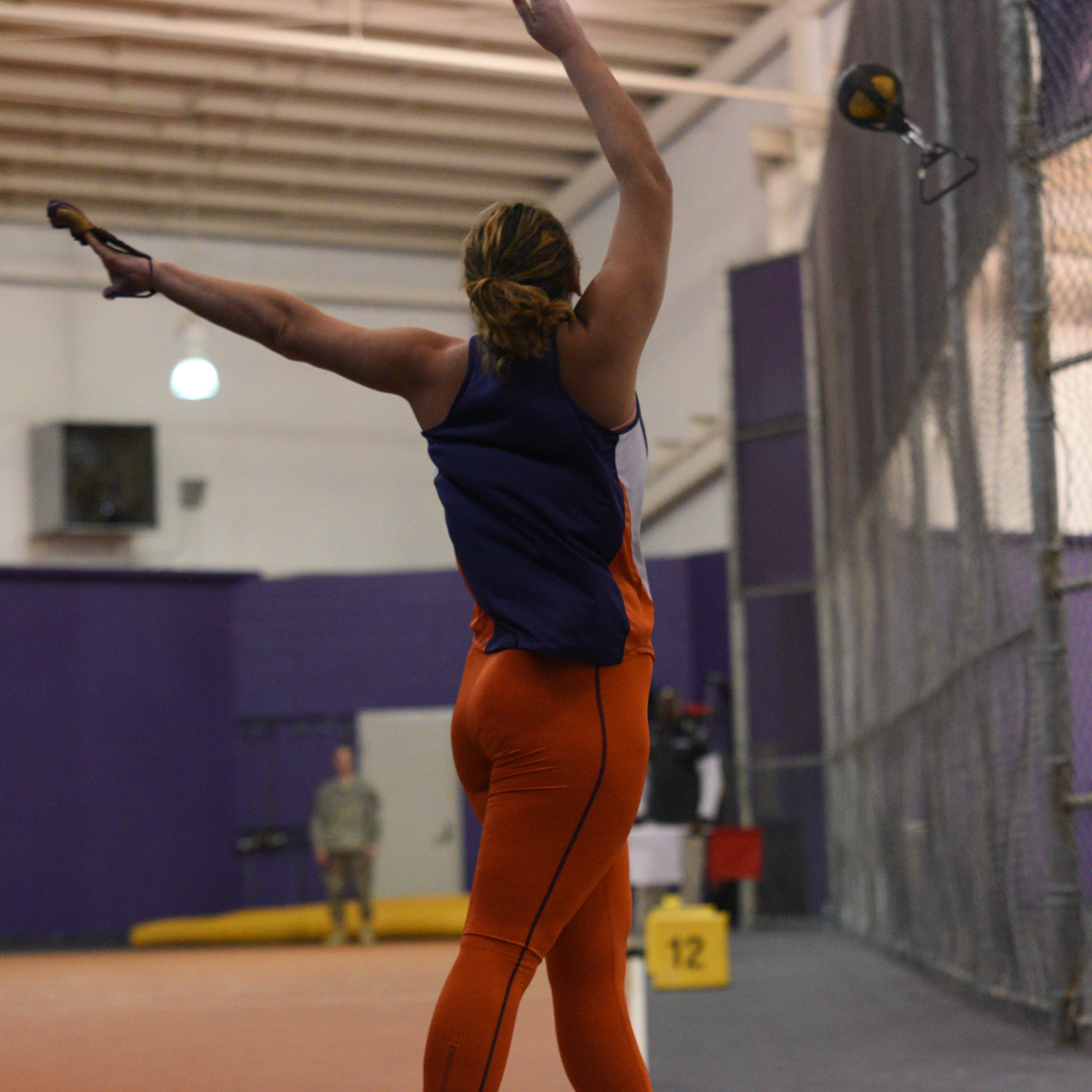 Borriello threw 52-4.5 in the weight throw to enter the Clemson record book with the 10th best performance in program history. The effort placed her fifth in the event as Majayla Holland and Danielle Little placed sixth and eighth respectively in the event. Holland and Little also took third and fourth place in the shot put.

Katie Fortner and Ersula Farrow each clocked in with personal best times to place in the top three of their events. Fortner claimed second place in the 800 meter run with a time of 2:13.39 while Farrow completed the 400 meter dash third in 55.47. Imani McGowan also registered a personal best time in the 400m, crossing the finish line at 57.68 while Lakeisha Warner ran a personal best 24.75 in the 200 meter dash. Molly Sullivan and Katie Moses placed third and sixth place respectively in the mile.

Nate Huggins ran the lone personal best for the men with his 22.28 in the 200 meter dash. The best time of the day however came from the men’s 4×400 meter relay as Cordell Lamb, Michael Cheeks, Terrell Jackson and Jeffrey Green won the event with a time of 3:07.94.

Deron Gordon placed third in the 800 meter run, crossing the finish line at 1:53.11 while Tevin Quick took third in the high jump. Jordan Pickerel earned a pair of top-eight marks in the throws, placing fifth in the weight throw and seventh in the shot put.

Tomorrow, the Tigers will conclude their indoor regular season with the UCS Invitational at the JDL Fast Track in Winston Salem, North Carolina. Clemson will compete in the distance medley relay and the mile. The ACC Championships await the Tigers in South Bend, Indiana next week as the Fighting Irish will host the conference meet February 23-25.