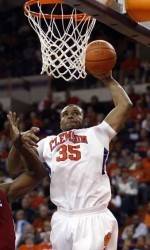 LOS ANGELES, CA – The top 30 candidates for the John R. Wooden Award, the nation’s most coveted college basketball honor, were named today by The Los Angeles Athletic Club’s John R. Wooden Award Committee. Composed of the players who will compete for this season’s player of the year award, the attached midseason list is based on individual excellence and team record during the first half of the season.

The list contains 31 players, not the traditional 30, because the playing status of Ohio State’s Evan Turner is uncertain due to a back injury. Three teams have multiple players nominated: No. 1-ranked Kansas (Collins, Cole Aldrich and Xavier Henry, who leads his team in scoring at 16.4 ppg); No. 7 Duke (Singler and John Scheyer) and No. 3 Kentucky (Patrick Patterson and John Wall).

The Big East leads the Midseason Top 30 with 6 players selected. The Big 12 and ACC follow with five selections, the Big Ten with four, the SEC with three, the Pac-10, Mountain West and West Coast with two and the Horizon League and Ivy League with one selection each. Overall, more than 90 different players received votes.

Just as players who are not on the preseason list are eligible for the Midseason Top 30, players who do not make the Midseason list are still eligible for the national ballot, which will be selected in March and will consist of approximately 20 players, chosen by the Wooden Award National Advisory Board Committee. Players selected to the national ballot will have to be certified by their university as making progress toward graduation and maintaining a cumulative 2.0 GPA.

More than 1,000 voters, comprised of sports media members and college basketball experts from across the nation, will then cast their votes to determine both the 10-member All American Team and Player of the Year. In late March, the 10-player Wooden Award All American Team will be announced. The Women’s John R. Wooden Award Midseason list will be released next week.