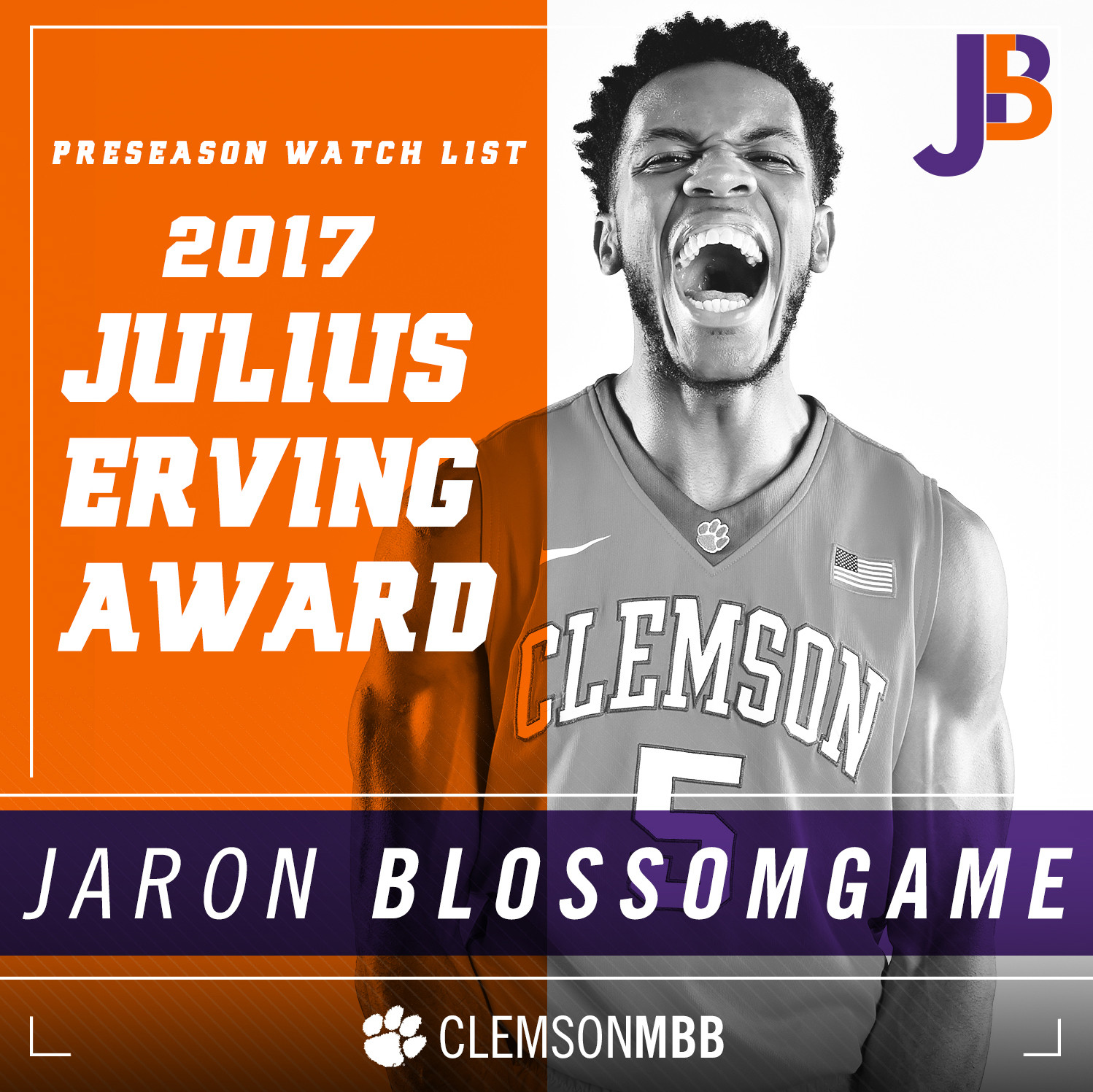 CLEMSON, S.C. — Jaron Blossomgame has been named to the preseason watch list for the 2017 Julius Erving Award, the Naismith Memorial Basketball Hall of Fame announced Wednesday. The honor was first presented in 2015 and recognizes the top small forward in Division I men’s basketball. Previous winners of the Julius Erving Award include Stanley Johnson of Arizona (2015) and Denzel Valentine of Michigan State (2016).

Blossomgame is one of six ACC players named to the preseason watch list, by far the most of any conference in the country. He is coming off a first-team All-ACC season in 2016, when he was voted the ACC’s Most Improved Player by the media and head coaches. He averaged 18.7 points and 6.7 rebounds per game, both high figures for the Tigers’ 10-win ACC team.

This is Blossomgame’s latest preseason honor. He was tabbed a second-team All-American by Athlon Sports, and was rated the nation’s No. 1 “inside-out” player by the same publication. He was also named the top small forward in the nation by Lindy’s.

The full watch list for the Julius Erving Award can be found here.