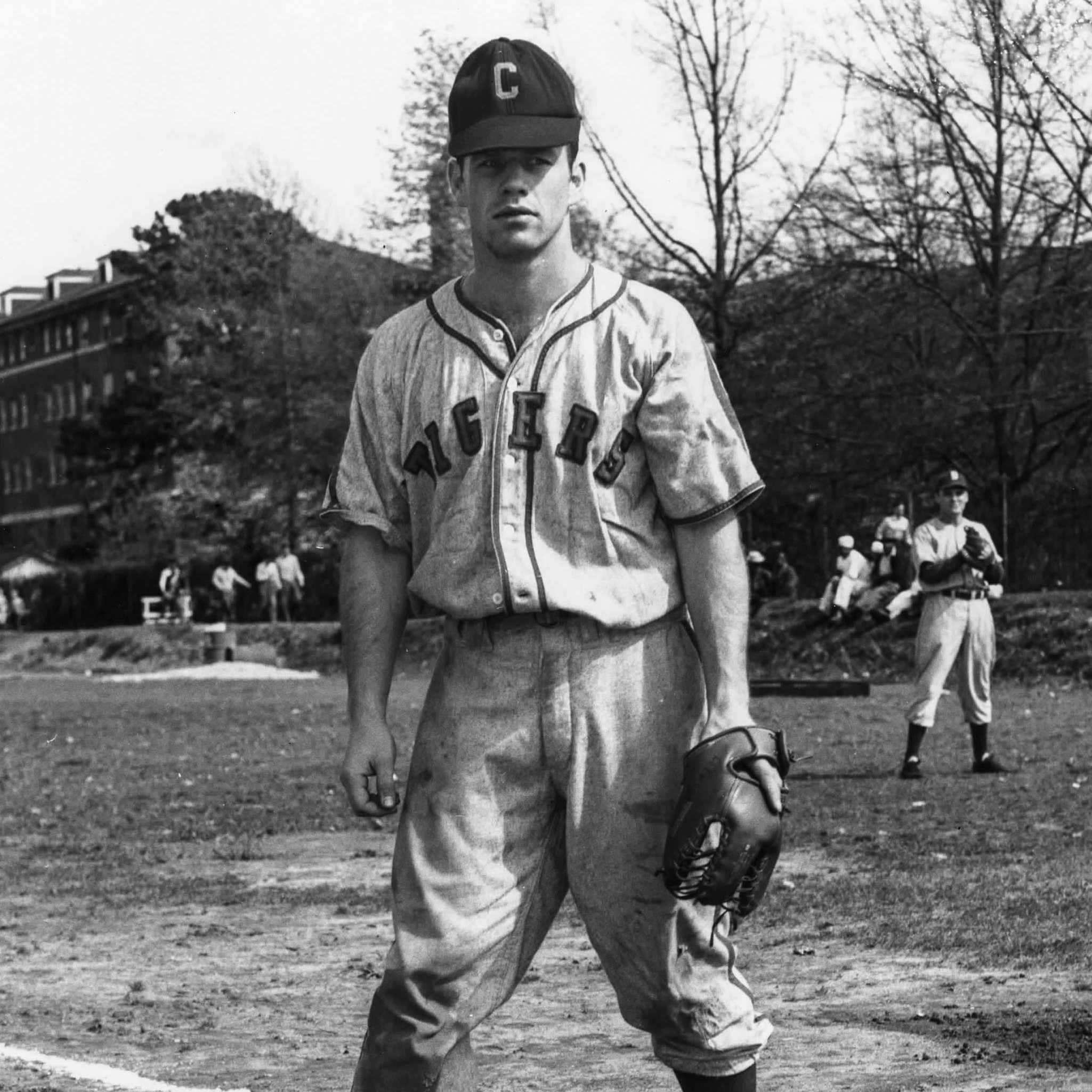 When two of Frank Howard’s all-time favorite players, 1948 Gator Bowl team guards Frank Gillespie and Ray Clanton, died within a week of each other on March 8 and March 15, respectively, it brought back many memories.

Gillespie and Clanton were the last of Clemson’s ironman guards. They were seldom taken out of games their senior year, leading the undefeated 1948 Tigers to a school-record 274 points while holding their 11 opponents to 6.9 points per game, the fewest since the 1939 Cotton Bowl champions allowed just 4.5 points.

Gillespie was four years older than Clanton and began his career at Clemson in the fall of 1942. He saw limited action in football and basketball as a freshman, but was the starting first baseman in the spring before taking three years off to fight in World War II.

Upon his return to Clemson in 1946, he became the last of the three-sport athletes, captaining both the basketball and baseball teams his senior year as well as being a football “game captain” in 1948. This versatility resulted in him becoming the first Tiger athlete ever to be named “Conference Athlete-of-the-Year.”

What impressed Howard more than that, however, were Gillespie’s character, leadership qualities and academic achievements (an honor graduate in both electrical and textile engineering). It pleased him to no end that he chose a career with IBM rather than pro football.

Clanton entered Clemson out of Darlington High School in the fall of 1945 and lettered at left guard four years. In Howard’s “autobiography” by co-authors Bob Bradley and Virgil Parker, he tells this story:

“The school president called me up one day and said, ‘You’ve got a bunch of good boys, but you’ve got one of the sorriest ever in that boy named Ray Clanton.’

“I don’t know what Ray might have done to irritate the president, but apparently ‘Doc’ (Poole) was about to kick him out of school.

“I told the president, ‘Doc, you amaze me. You don’t recognize leadership when you see it. You tell me how good my boys are that are president of the student body, vice president and secretary-treasurer. Not a doggone one of them ran for office. Clanton just told the student body who he wanted, and that’s who was elected. I’ll tell you what…if you’ve ever got anything you need done by the student body, you just call Clanton and tell him what you want, and it’ll be done.’

“After that little speech, Doc said he guessed he’d let the boy stay.”

Both Gillespie and Clanton were consistently named by Howard on his “all-time best player” teams, though when it came to hall of fame rosters, he once told me, “I hate these Clemson halls of fame.” He didn’t have to elaborate, because he believed that so many of his players were deserving of such an honor and never received it, in particular linemen.

Of course, Howard might have been somewhat partial to the guard position, having played guard both in high school in Mobile, Ala., and at Alabama, where he helped lead the 1930 Crimson Tide to an undefeated season en route to a Rose Bowl victory and national title. He also coached the line at Clemson under Jess Neely for nine years and, like Neely, was the Tiger head coach for nine years before his first bowl invitation.

Howard also reveled in the lives of Gillespie and Clanton in the real world following graduation from Clemson. Gillespie’s job acquisition with IBM in 1949 was as prestigious a thing as his student-athletic honors. While he served this technology giant well for 33 years, he also found time to pastor in several Baptist churches in the areas where he worked. He earned degrees at Southeastern Baptist Theological Seminary and Southern Baptist Theological Seminary as well as his doctorate at Luther Rice Seminary.

Clanton briefly joined the Clemson coaching staff upon graduation in 1949, but returned to Darlington and his family’s business (Clanton’s Auto Auction…now known as Manheim Darlington) when his father suffered a heart attack. He helped guide the business into the nation’s top-10 largest auto auctions and became one of Howard’s millionaire alumni.