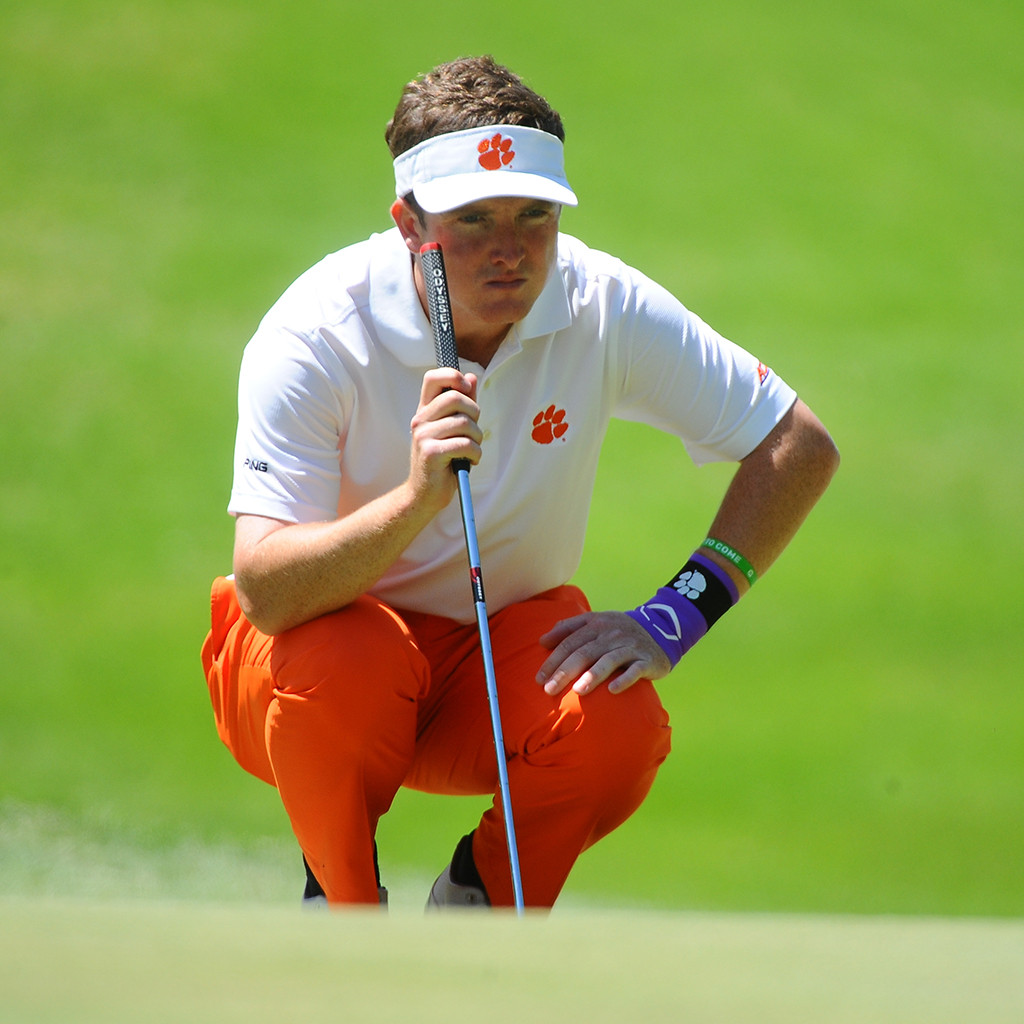 Behr Leads Clemson in Final Round of NCAA Golf

Bradenton, Fla.—Stephen Behr shot a team best 73 on Sunday to lead Clemson during the final round of the NCAA Golf Championships at Concession Golf Club in Bradenton, Fla.  Clemson had a 300 score as a team,  its best of the three rounds of the tournament, but still finished 30th out of the 30 teams.  The top 15 teams move on to the fourth round on Monday.

Clemson’s season ended with the completion of Sunday’s round.  The Tigers had a successful season with four first or second place tournament finishes for the first time since 2004, including a runnerup finish at the ACC Tournament when Clemson lost on the second playoff hole to Georgia Tech.

“We made improvement this year,” said Head Coach Larry Penley after the round on Sunday.  “But we saw this week that the lack of experience in this tournament hurt us.  While we have been to regional tournaments each year, no one in this group had played in the national tournament and it showed.  This is a different type of competition.

“We will miss Billy Kennerly next year.  What a terrific senior year he had and he provided great leadership.  He has been an outstanding representative of this program and he was a model of consistency for us.”  Kennerly led the Clemson team in stroke average at 71.53 and in top 10 finishes with seven.  He finished in the top 10 at both the ACC Tournament and the NCAA Regional.

“But we will have four starters back, plus Carson Young will be back after an injury plagued sophomore season and he was our best player at the NCAA Regional in 2014.  So we will have five players back who have played in an NCAA Tournament. Our future is bright and this is a week we can build on.”

Behr was the top Tiger with his 73, his best round of the weekend and the second best score turned in by a Tiger.  He had two birdies on the back nine (first nine of the day) and was a two under par at one point before finishing with the 73.  The native of Florence, S.C.,  finished with a 231 total for the weekend.

Clemson’s best performer for the entire tournament was sophomore Austin Langdale, who had a 74 on Sunday and finished with a 223 total for the weekend, seven over par.   Langdale was the only Tiger to score even par on the 7,483 yard course on the weekend.  That took place in the first round on Friday when he shot a 72.  Langdale was Clemson’s best player at the NCAA Regional and the NCAA National Tournament.

Clemson had its best nine of the weekend with a +3 score for its first nine holes on Sunday.   The Tigers started on the back nine and played the first four holes at two under.  That included an even par team performance on the 608-yard par five 13th hole.  Clemson’s five players were a combined 11-over-par on that hole on Saturday.

Behr made the turn at one-under thanks to birdies 12th and 14th holes. Sophomore Austin Langdale had an impressive nine consecutive pars and Billy Kennerly played the first nine in one over par.  The senior made two birdies on that nine, two more than he made during a frustrating Saturday.

Clemson did not continue its consistency all week in its second nine holes each day.  The Tigers played their first nine holes of the day at 16-over and the second nine at 36-over-par.  The course proved to be difficult for all the schools. Only one school, Southern Cal was under par after two rounds.  Clemson shot at least 300 all three rounds, its only rounds in the 300s all year.

“The major problem we had all week was our putting,” said Penley.  “We picked a bad week to have our worst putting tournament of the year.  We must have had 10 three-putt greens today.  If I had to pick out one thing it was that.  Our ball striking was really good enough.  We just didn’t’ have it around the greens.”