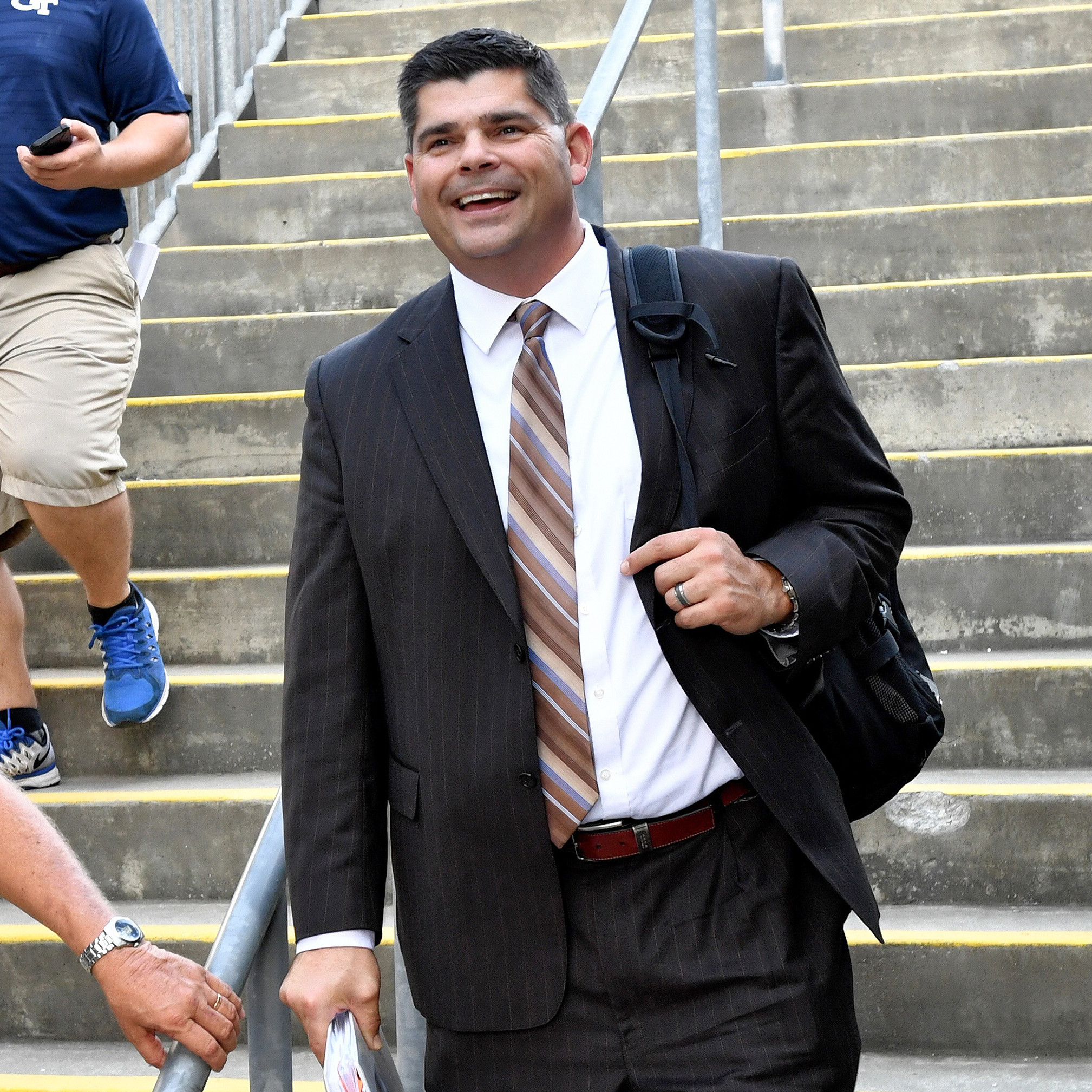 Behind the Scenes: Mike Dooley

Mike Dooley grew up in the town of Toccoa, Ga., just over 29 miles from Tigertown. Despite the proximity to the Clemson University campus, he did not grow up a fan of the Tigers.

Dooley went on to play defensive end at Furman under Clemson alum and current College Football Playoff committee member Bobby Johnson. He actually played at Clemson with the Paladins in 1994, recording a 10-yard sack of Patrick Sapp.

Following his playing career, Dooley moved into the high school coaching ranks. He was a defensive assistant and teacher at Greenville High School, where he first began interacting with college coaches.

“We had a bunch of good players at that time, guys like William Henry, Cory Lambert and Alex Pearson,” said Dooley. “So, a lot of coaches were coming around. I remember getting a call from David Blackwell in 2005, and he told me that Clemson had a spot open for a graduate assistant. I left school that day and drove over, and I’ve been here ever since.”

Dooley worked with assistant coach Ron West for two seasons, instructing the outside linebackers on Tommy Bowden’s staff. To try and further his coaching education, he went to Bowden and asked to move to the offensive side of the ball for the first time in his career. Bowden obliged, and Dooley was assigned to help Brad Scott with the offensive linemen in 2007.

Swinney earned the position for good and began compiling his staff. He brought in long-time assistant Danny Pearman to coach the tight ends. But there was still a place on Swinney’s staff for Dooley.

“He wanted to expand the support staff,” recalled Dooley. “I took the job as director of high school relations, and it was an easy decision. Coach Swinney is a family man and does it right.”

In his new position, Dooley was in charge of marketing Clemson to high school coaches, essentially serving as a liaison between them and the Tiger football program.

“I treated them as if they were recruits,” he said. “We wanted to show them our philosophy and how we approach prospects at Clemson. Much of that work today is handled through our recruiting department.”

Dooley eventually took on some operational needs within the program. About four years ago, he began coordinating part of the team’s travel. When the football team leaves Clemson for an away game, Dooley is instrumental in arranging the rooms, meeting areas and all facets of preparation on the road.

Now in his 12th season, Dooley has evolved from the coaching side of the profession to the administrative side. He is part of a larger group that pulls it all together to make the machine operate with maximum efficiency.

“It’s a lot to handle, so I try and keep every perspective in mind,” he said. “But at the end of the day, we take care of our players first.”

That is what gives Dooley the most gratification. He enjoys the transparency with which Clemson coaches and staff run the program. Though he has had opportunities to leave, the people in Clemson have kept him happy.

“You can’t beat coach Swinney and what he’s built here,” added Dooley. “It’s a true family atmosphere. We’re building a foundation that will stand for a long time. People want to be like Clemson now.”