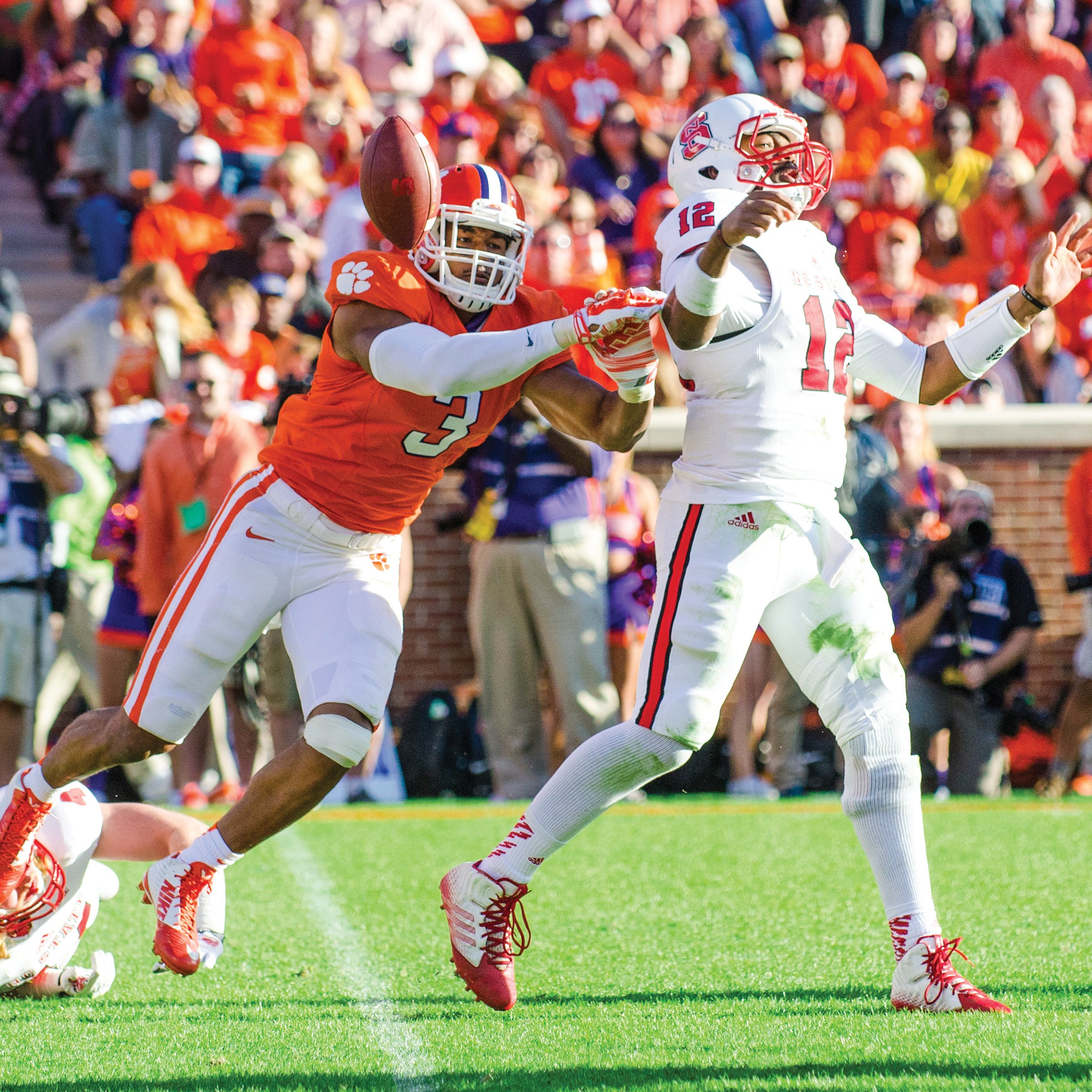 Clemson, S.C.—Clemson defensive end Vic Beasley has been named one of three finalists for the Chuck Bednarik Award. The honor goes each year to the top defensive player in college football and is presented by the Maxwell Football Club of Philadelphia. Beasley is joined by Joey Bosa, a defensive end from Ohio State and Scooby Wright, a linebacker from  Arizona.   This is the second award that Beasley has been named a finalist. Last week he was named  one of four finalists for the Lombardi Award, which goes to the top offensive or defensive lineman in college football. Beasley has been a fixture on the Clemson defense for the last four years. A graduate student who would have likely been a high-round NFL pick last spring decided to return to Clemson for one last year. The defensive end, leads the Tigers with nine sacks and 15.5 tackles for losses.  Not only is Beasley now the all-time leader in sacks at Clemson, he is first among current FBS-level players in career sacks and tackles for a loss.  He has had at least one tackle for loss in every game this year and has a streak of 13 straight games over two years. Clemson’s defense is ranked first in the country in six categories, including total defense, tackles for loss and third down defense.  Beasley is the third Clemson player to be named a finalist for the Bednarik Award.  The others were Keith Adams in 2000 and Da’Quan Bowers in 2010.