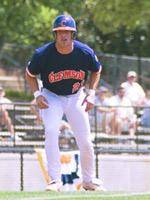 Baseball To Open Season Against Charlotte Tuesday At 4:00

Clemson vs. Charlotte Clemson, ranked as high as #11, will play host to Charlotte (1-3) Tuesday at Doug Kingsmore Stadium in the Tigers’ season opener. The game will start at 4:00 PM and be broadcast live on the radio by WCCP, 104.9 FM out of Clemson. Live stats will also be available on Clemson’s website.

The Series Clemson and Charlotte have met nine times on the diamond, with the Tigers holding an 8-1 advantage in the series dating back to 1985. Clemson also leads 5-1 in all games played at Clemson (all at Doug Kingsmore Stadium), while Jack Leggett is 2-0 against the 49ers as the Tiger skipper.

The Tigers have won eight in a row in the series after Charlotte won 4-3 on February 28, 1985 at Clemson. The two last met in 2000 at Doug Kingsmore Stadium, with the Tigers coming away with a 14-2 victory. Clemson has averaged 15.7 runs per game against the 49ers in the last six meetings as well.

Ryan Hub, a fifth-year senior outfielder, is the only current Tiger to have faced the 49ers. He came off the bench in the sixth inning in the game in 2000 and had an RBI single in his only plate appearance.

The Starting Pitchers Both starting pitchers have yet to be determined.

Charlotte Overview Charlotte is coming off a three-game, home series against Siena, where the 49ers lost two of three games. The Citadel also defeated Charlotte 5-0 in the 49ers’ season opener on February 15. The team is hitting .258, led by Thomas Bowker’s .500 (6-for-12) batting average. He also has three homers and five RBIs. Kris Rochelle (.385) and Cory Lane (.333) are also pacing the 49ers. The pitching staff has a 4.11 ERA, but has allowed eight unearned runs due to six errors in the field. Charlotte also sports a .964 fielding percentage.

Clemson Overview Clemson enters the season after a 39-22 record in 2003. Brad McCann enters the season on a 20-game hitting streak. The season-opening date is the latest by a Tiger team since the 1984 season, when Clemson also played its first game on February 24.

McCann Takes 20-Game Hit Streak Into 2004 Junior third-baseman and preseason All-American Brad McCann ended the 2003 season on a 20-game hitting streak. The streak can carry cover to the 2004 season. During his streak, the Duluth, GA native is hitting .385 (35-for-91) with 19 RBIs.

McCann’s streak is tied for the 12th longest in Clemson history. The Tiger and ACC record-long hitting streak is 41, set by Rusty Adkins from April 10, 1965 to May 17, 1966. Adkins’ streak also started in one season and ended in the next.

Four Tigers Among Top-100 Draft Prospects In the preseason, Baseball America rated four Tigers among the top 100 college draft prospects, including Brad McCann (39), Tony Sipp (65), and Lou Santangelo (95). Georgia Tech, Rice, and Stanford led the way with five players apiece in the top 100, while Clemson and Notre Dame each had four. Baylor, Florida, and South Florida had three apiece. Those were the only eight schools with at least three players in the top 100.

Baseball America also listed the top 100 high school prospects for the draft. Five Tiger commitments/signees are on the list. Only Texas (8), Georgia Tech (7), Miami (FL) (7), and North Carolina (6) had more on the preseason list.