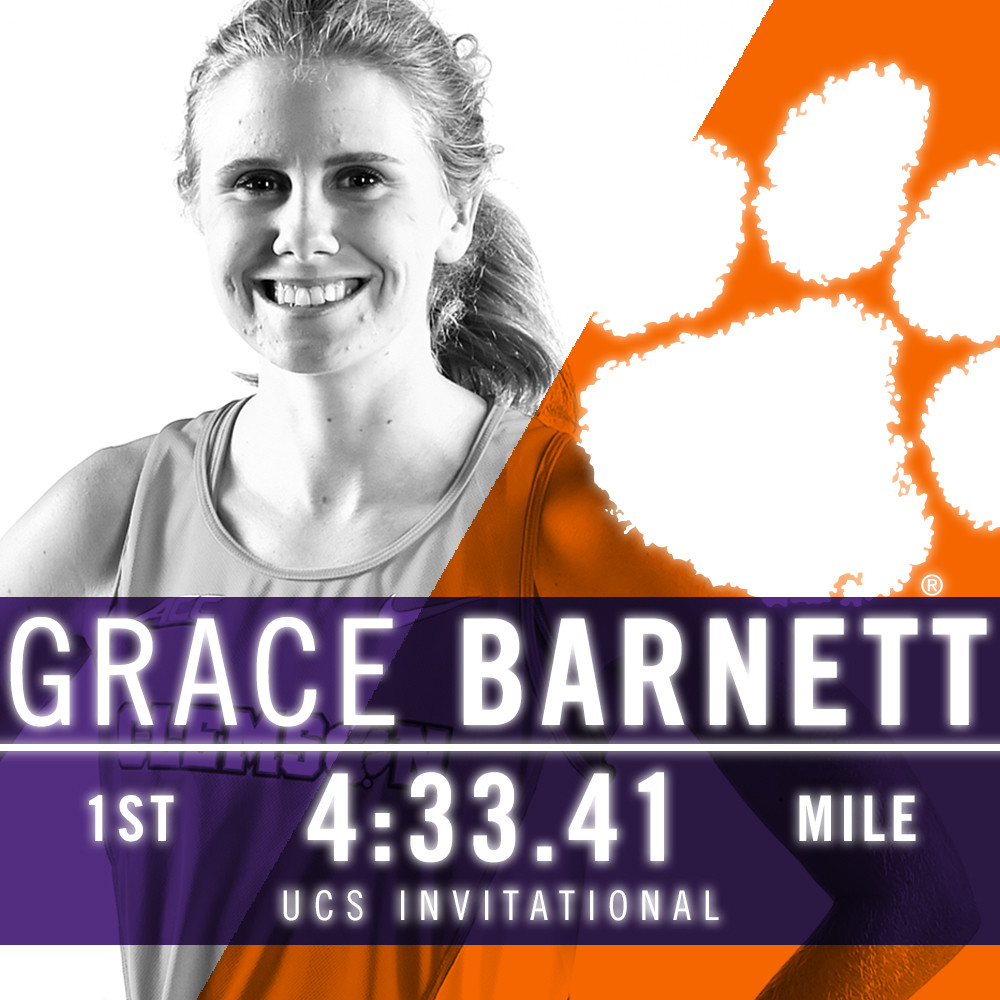 CLEMSON, S.C. – Former walk-on Grace Barnett continues to thrive this season with new program record in the mile at the UCS Invitational. Her time is the fastest collegiate mile ever run on the JDL Fast Track in Winston Salem, North Carolina.

The redshirt senior clocked in at 4:36.10 to win the mile in a field of 52 competitors set the collegiate facility record and win the race by .06-seconds. With the performance coming on the 200-meter flat track, the time converts to 4:33.41, giving her a personal best and bettering her own Clemson record by two seconds. The time currently stands as the sixth fastest time in the nation.

Barnett previously ran the mile in 4:35.66 to begin the indoor season at the Reveille Invitational after claiming the record during the 2016 season with a time of 4:37.32. Prior to Barnett earning the top spot in Clemson history, Tina Krebs owned the record for three decades with her personal best of 4:38.30. Altogether, since setting the record last season, Barnett has improved the record by five seconds.

The men’s distance medley relay team was in action as well on Saturday afternoon as John Lewis, Darron Coley, Mpho Makofane and James Quattlebaum took fifth with a time of 9:54.37.

The ACC Championships await the Tigers in South Bend, Indiana next week as the Fighting Irish will host the conference meet February 23-25.