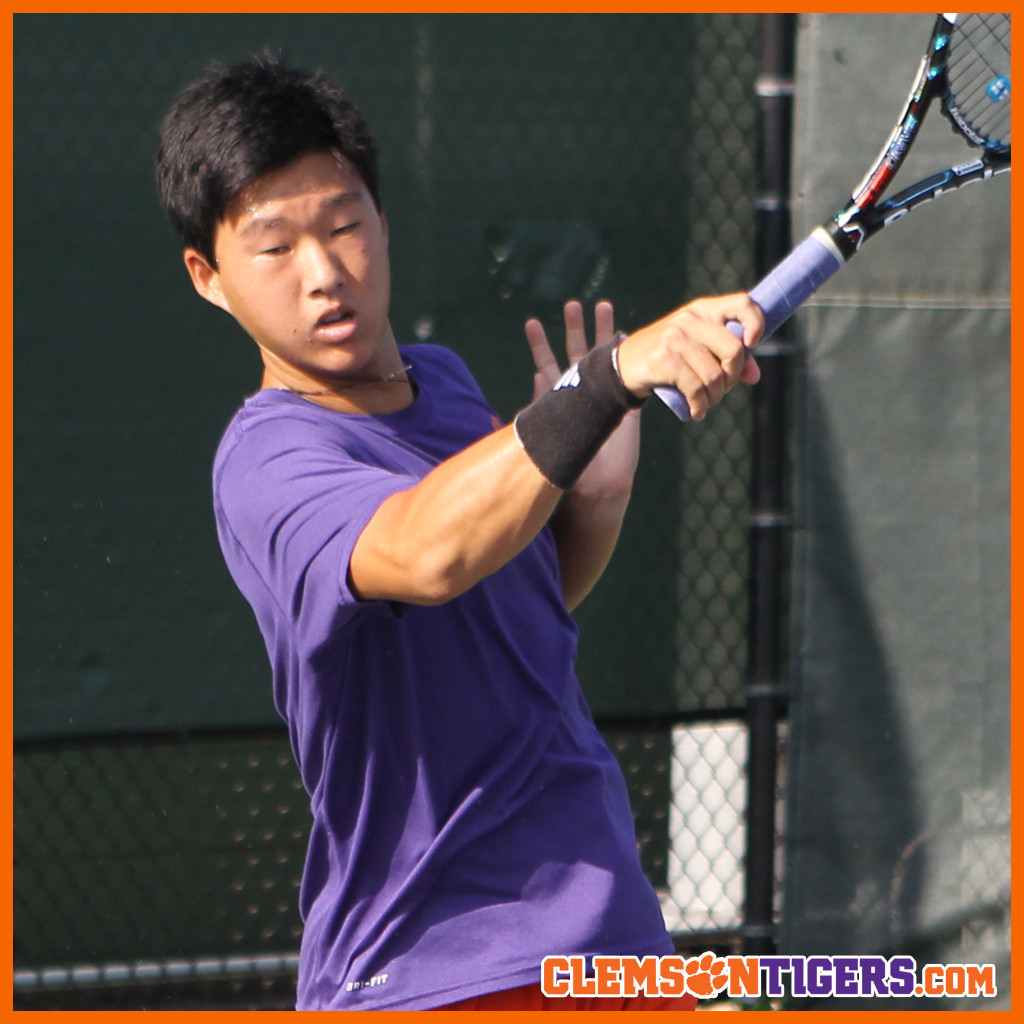 UPDATE: Aug. 1Christian Harris won the singles AND doubles championships at the ITA Summer Circuit event in Greensboro, N.C. July 26-29. Harris entered the singles draw as the No. 5 seed, and, after a first-round bye, won six straight matches to claim the title. He defeated Virginia Tech’s Aaron Gomez (No. 2 seed) in the quarterfinals (6-3, 3-6, 1-0(6)), Nick Stachowiak (No. 4 seed) in the semifinals (6-2, 6-2) and the tournament’s top-seeded player, Wofford’s Rob Galloway, in the final (6-0, 6-2). (Complete Results)

Harris and partner Nicholas Wilson of UT Chattanooga won five matches in the doubles draw, defeating the No. 2-seeded team of Victor Marum and Randy Phillips (UNG Greensboro) by a score of 8-5 in the title match. (Complete Results)

Hunter Harrington and Austin Ansari were in action at the USA F22 Futures in Decatur, Ill. July 28-30. Harrington advanced through the 128-player qualifying draw in singles, before falling in the Round of 32 of the main draw to No. 8 seed Blake Mott of Australia in three sets (3-6, 6-1, 6-3). Ansari won two qualifying-round matches before losing a three-set match to No. 5 seed Dane Webb of the United States. In doubles play, the pair downed Silverman and Vega (USA) in the Round of 16, but dropped a tight match (7-5, 7-6(4)) to the No. 3 seed, France’s Boltz and Surreaux, in the quarterfinals. (Complete Results)

UPDATE: July 24Sophomore Robert Dudley and junior Luke Johnson were in action at the Ireland F1 Futures in Dublin July 21-24. In the doubles draw, the Tigers won their Round of 16 match vs. Banasik and Hutt of Great Britain 6-4, 7-6(4), and advanced through the quarterfinals with a 6-3, 2-6 (10-5) win over Isaaks and Stoute of Great Britain.

In the semifinals, Dudley and Johnson faced the tournament’s top-seeded team of Frederik Nielsen of Denmark and Edward Corrie of Great Britain. Nielsen won the men’s doubles title at Wimbledon in 2012 with partner Jonathan Marray of Great Britain, and is currently #87 in doubles and #682 in singles in the latest ATP rankings. Corrie, who is currently ranked #385 in singles and #179 in doubles, was a two-time All-American at Texas in 2010 and 2011. The Clemson duo put up a fight, but ultimately fell to Corrie and Nielsen by a score of 3-6, 6-4 (10-4). (Complete Results)

In singles play, Dudley earned his first career ATP point with a win in the Round of 32, before falling to the No. 8-seeded player in the second round. Johnson won his qualifying match to reach the main draw, but dropped his first round match to the tournament’s No. 3 seed. (Complete Results)

UPDATE: July 16Rising sophomore Christian Harris reached the finals of the doubles draw at the ITA Summer Circuit event in Tallahassee, Fla. July 6-8. Harris and partner Nicholas Wilson of UT Chattanooga recorded three victories en route to the title match, including wins over the tournament’s No. 2-seed Terrance and Terrell Whitehurst, who will attend Florida State in the fall, and No. 3-seed Alexander Knight (Michigan) and Jake Albo (FSU). In the finals, Harris and Wilson fell to the team of Brett Landau (UNC Asheville) and Chris Perrigan (Florida Gulf Coast) by a score of 8-6. (Complete Results)

Harris, a native of Hilton Head, S.C., reached the Round of 16 in the singles draw of the tournament, defeating Zachary Goldberg (UNF) in the Round of 32 before falling to No. 4-seed Knight, a rising sophomore at the University of Michigan. (Complete Results)

UPDATE: July 6Hunter Harrington reached the semifinals of the singles draw at the USA F19 Futures in Pittsburgh, Pa. on June 30-July 6. The rising senior from Spartanburg, S.C. defeated Andrew Schafer of the United States in the Round of 32 and Alex Blumenburg of Brazil, the tournament’s No. 8-seeded player, in the Round of 16. In the quarterfinals, he won a hard-fought three-set match over Jorge Montero of Chile (4-6, 7-6(5), 7-6(3)) before falling to Toby Martin of Great Britain in the semifinals. Harrington earned six ATP points via the run to the semifinals. (Complete Results)

Rising junior Austin Ansari won three matches in the qualifying round of the F19 Futures tournament to advance to the main singles draw, before falling to No. 8-seeded Blumenburg of Brazil in the first round of the main draw. (Complete Results)

UPDATE: June 24Rising senior Hunter Harrington won three singles matches in the qualifying draw of the USA F18 Futures in Rochester, N.Y. on June 21-23 to qualify for the main draw. En route to the main draw, he defeated Cameron Silverman of the United States, the two-time SoCon Player of the Year from Elon, and Ralf Steinbach of Germany, a freshman on Ohio State’s B1G Championship and NCAA Elite Eight team in 2014. Harrington will face No. 3 seed Facundo Mena of Argentina in the first round of the main draw later this week. (Complete Results)

Harrington and rising junior Austin Ansari reached the doubles quarterfinals at the USA F16 Futures tournament in Buffalo, N.Y. on June 16-22. The pair defeated Kandath and Vega (USA) in the first round before falling to fourth-seeded Hewitt and Martin of Great Britain. (Complete Results)

Former Tiger Yannick Maden reached the finals of the Serbia F2 Futures tournament in Belgrade, Serbia on June 16-22. Yannick, the No. 4 seed in the draw, won four matches en route to the finals, which included a semifinal win over the tournament’s No. 2 seed, before falling to top-seeded Miljan Zekic of Serbia. Dominique Maden won three matches in the qualifying draw, and won his first match in the main draw of the singles tournament before falling to the No. 7 seed in the second round. The brothers reached the semifinal round in doubles play for the tournament. (Complete Results)

UPDATE: June 17Rising senior Alejandro Augusto, a native of Madrid, Spain, advanced to the semifinals of the doubles draw in the Spain F13 Futures tournament in Martos, Spain on June 9-15. Augusto and doubles partner Pablo Vivero Gonzales, also of Spain, won their first round and quarterfinals matches before falling in the semifinals. Augusto earned six ATP points for advancing to the doubles semifinals. (Complete Results)

Former Tigers Yannick Maden and Dominique Maden won the doubles title at the Mozzart Futures 2014 played in Belgrade, Serbia on June 9-15. Yannick also reached the semifinals of the main draw in the singles competition at the tournament. Click HERE to read the complete release about the Maden’s victory. (Complete Results)