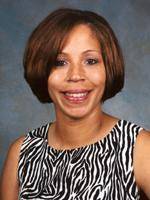 Clemson, SC – Director of Track & Field Lawrence Johnson announced the addition of AuDrey Branch to the Clemson coaching staff on Tuesday. Branch certainly has a familiarity with the program, having served as an assistant coach with the Clemson women’s team from 2001-05. She has also coached at Georgia Tech and Maryland within the Atlantic Coast Conference.

“AuDrey brings 15 years of collegiate coaching experience and a good bit of familiarity with Clemson University,” Johnson said. “We feel fortunate to have her on the staff. Her addition will only strengthen the overall chemistry of our staff and what we’re trying to accomplish here at Clemson.”

Branch had a highly successful first stint at Clemson, where she coached everything from sprints and hurdles to middle distance and distance groups. Her most defining moment may have been in 2004 as she coached the 4x400m relay team to a pair of ACC championships and an NCAA Indoor All-America finish as well. The indoor group consisted of Randi Hinton, Shakirah Rutherford, Christina Smith, and Silja Ulfarsdottir. In 2005, Branch coached the indoor 4x400m relay team to a school record (3:34.76) that still stands today.

Ulfarsdottir was a standout sprinter and intermediate hurdler under the guidance of Branch. She earned seven All-ACC accolades under Branch’s tutelage, which included the two relay crowns and also an indoor 200m championship in 2004. In total, seven different student-athletes earned all-conference recognition in Branch’s initial tenure at Clemson.

Following her time with the Lady Tiger program, Branch was an assistant coach with the Georgia Tech women from 2005-07. She coached arguably the greatest sprinter in the history of the Yellow Jackets’ women’s track & field team, Ashlee Kidd. Under Branch’s watch, Kidd earned three NCAA All-America certificates in the 400m dash.

Branch also coached Kidd to seven ACC championships (five individual) in the sprints in 2006 and 2007. Kidd also established Yellow Jacket indoor records for both the 200m and 400m dash events. Kidd established ACC Indoor meet records after winning both events in Blacksburg, VA in 2006, and in 2007 she broke the overall conference indoor 400m record (51.96).

“It feels like I never left,” Branch said. “The warm reception I’ve felt since I returned has really validated my reason for coming back. I love and respect the coaches of this program and I am willing to do whatever I can to help them in any way. It really is fantastic to see the men’s and women’s programs come together as a unified group.”

The former AuDrey Dempsey, she is married to Terrence Branch, a former assistant equipment manager at Clemson. The couple has a daughter named Colleen, who is four years old.