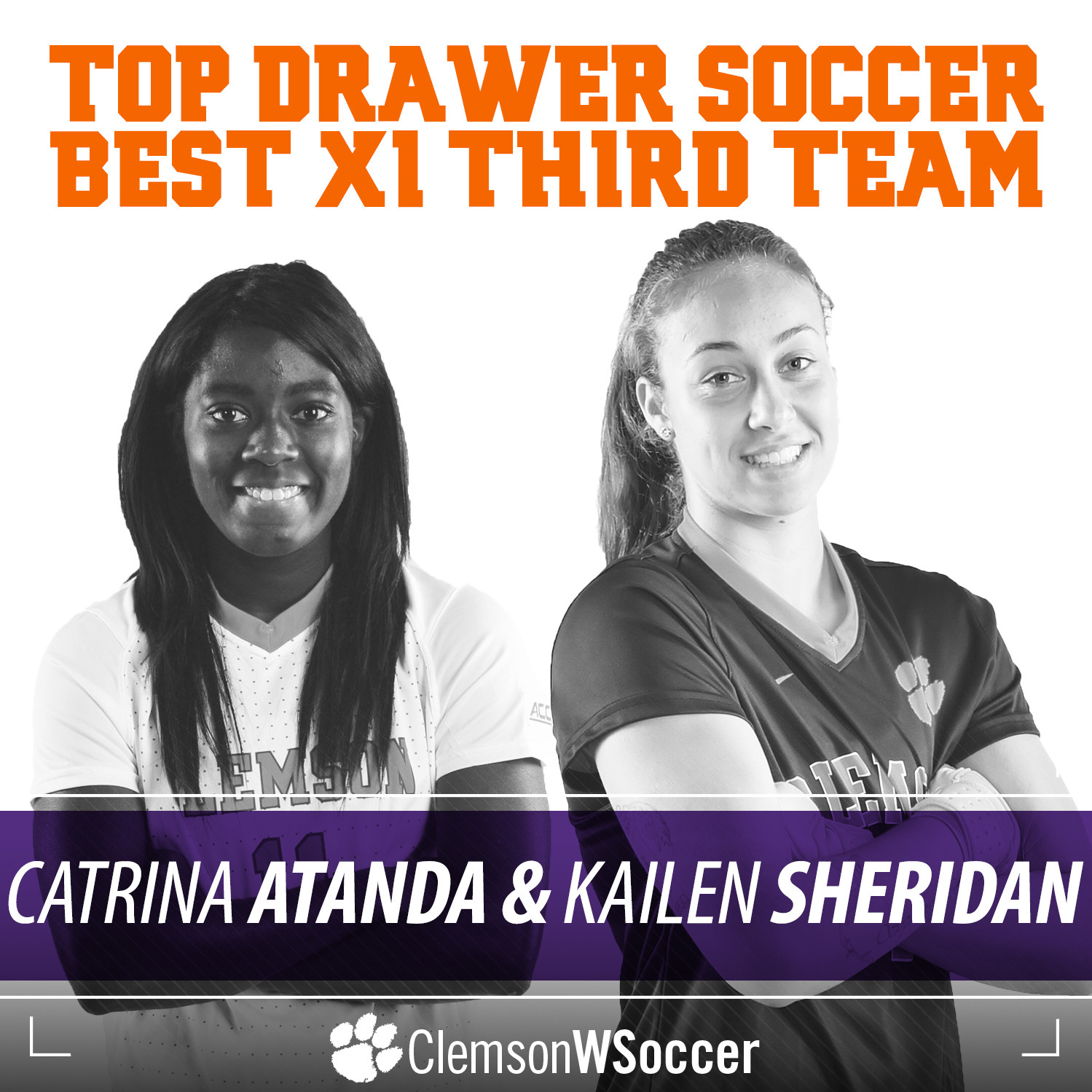 CLEMSON, S.C. – Seniors Catrina Atanda and Kailen Sheridan each added another award to their growing list of accolades on Monday, Dec. 12, when they were named to the Top Drawer Soccer Women’s Division I Best XI Team. Both Atanda and Sheridan were listed on the association’s third team for the 2016 season.

Atanda earned her first career All-America honor two weeks ago, when she was named to the NSCAA All-America Third Team. The native of Bell Mead, N.J. scored 12 goals and tallied four assists for 28 points to lead the Tigers in 2016. She finished the season ranked 32nd in the nation in total goals and 46th in total points, and was second among all Atlantic Coast Conference players in both categories.

Sheridan was a Third-Team NSCAA All-American in 2015, and is only the second women’s soccer player in Clemson history to be named to the All-ACC team four times in her career. In 2016, the product of Whitby, Ontario posted 66 saves and a .805 save percentage, while allowing just 16 goals in 21 games for a .77 goals against average.