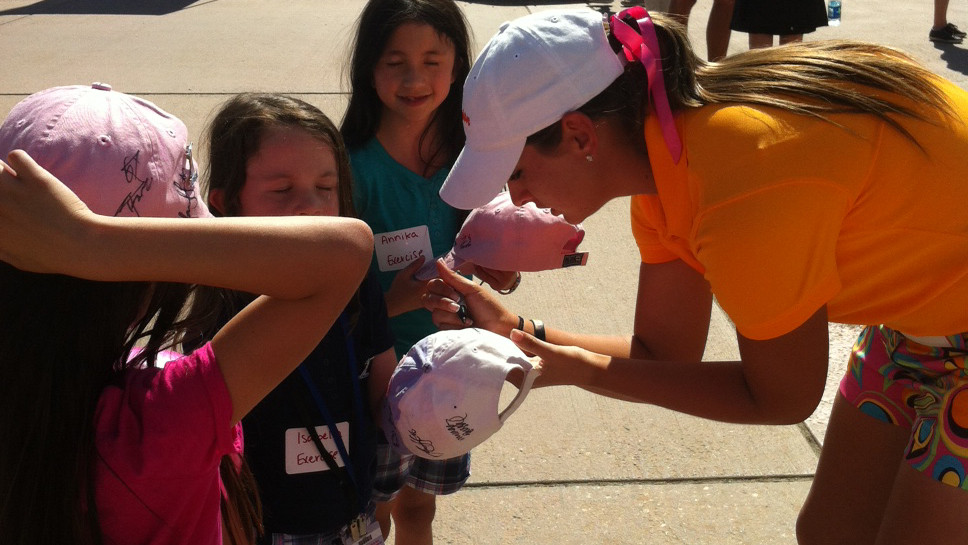 DAYTON, OH – Future Clemson women’s golfer Ashlan Ramsey has advanced to the championship finals of the 113th WWGA National Amateur Championship.  The tournament is being played at Dayton Country Club in Dayton, OH.Ramsey will play Jenna Hague, a junior at Ball State, in a 36-hole match beginning at 7:30 AM on Saturday.  The second round will begin approximately 45 minutes after the completion of the first 18 holes.Ramsey won twice on Friday to advance to the finals.  She defeated Emmie Pietila, a rising sophomore at Tennessee 4& 3 and followed that with a win over Gabriella Then, a rising freshman at Southern Cal, in the semifinals by a score of 3 & 2.  Ramsey and Then were teammates on the US Junior Solheim Team in 2011.

Ramsey finished tied for fourth in the stroke play portion of the tournament with a score of 141, and won three additional rounds in match play prior to today’s two wins.Ramsey is coming off of a win in the Women’s Eastern Amateur last week and the Georgia Women’s Match Play Championship two weeks ago.