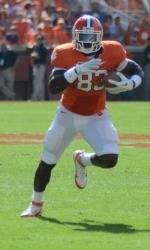 CLEMSON, SC – Clemson tight end Dwayne Allen was named a first-team All-American ESPN. It is the third All-America team for Allen, who was also named the winner of the John Mackey Award as the top tight end in college football.