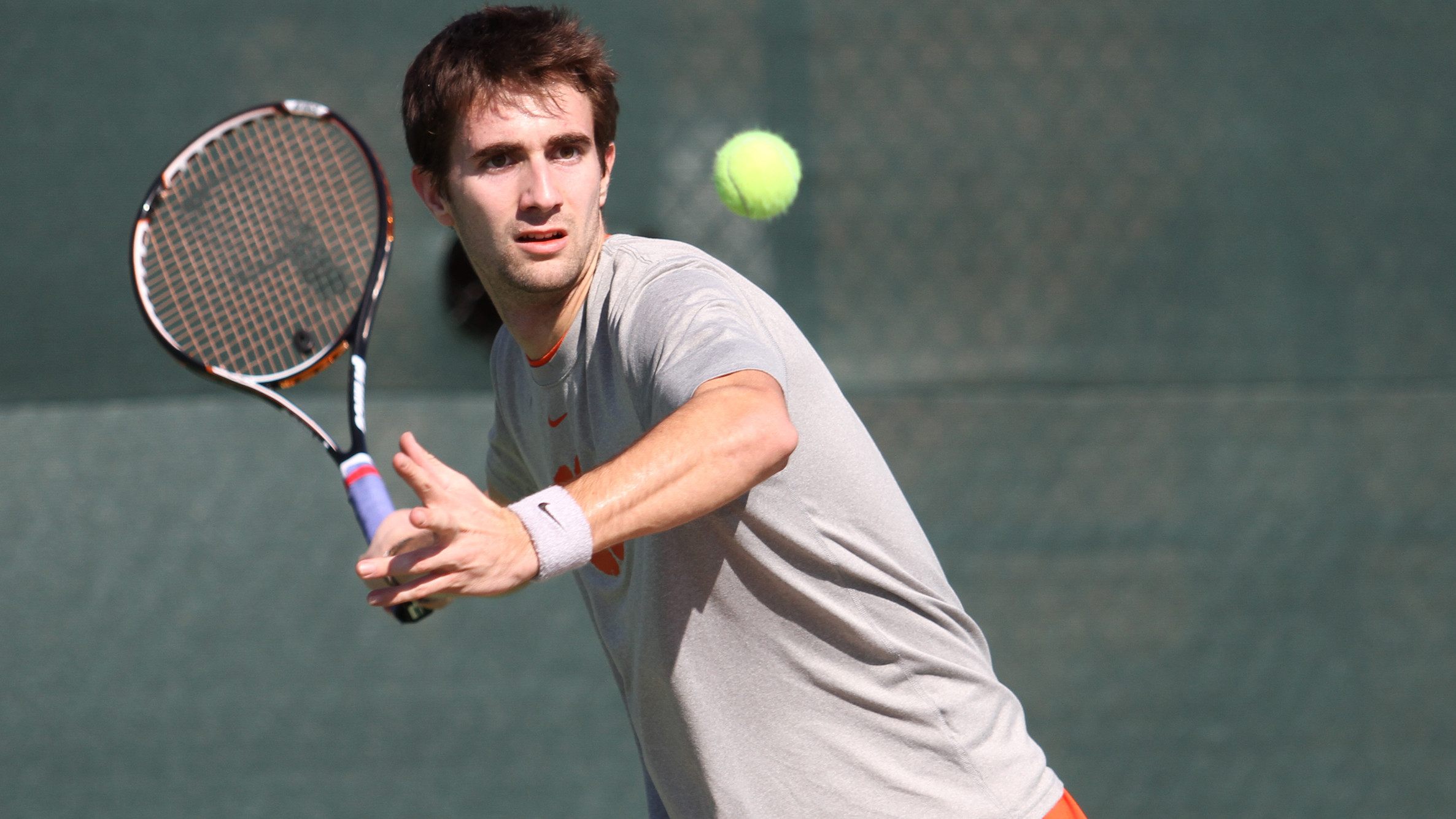 Maden was undefeated in singles and doubles play last weekend, with wins over two ranked singles players. He helped the Tigers to a 5-2 victory over #38 Virginia Tech and a near upset over #4 Virginia, and earned ACC Player of the Week honors for the performance.

Maden recorded a three-set comeback win over 40th-ranked Ryan Shane of Virginia on Friday followed by a straight-set victory over #120 Andreas Bjerrehus of Virginia Tech on Sunday. In doubles play, Maden and teammate Hunter Harrington clinched the doubles point for the Tigers with an 8-7(7-3) win over the Cavaliers’ top doubles team on Friday, and went on to defeat the Hokies’ 64th-ranked doubles duo 8-4 on Sunday.