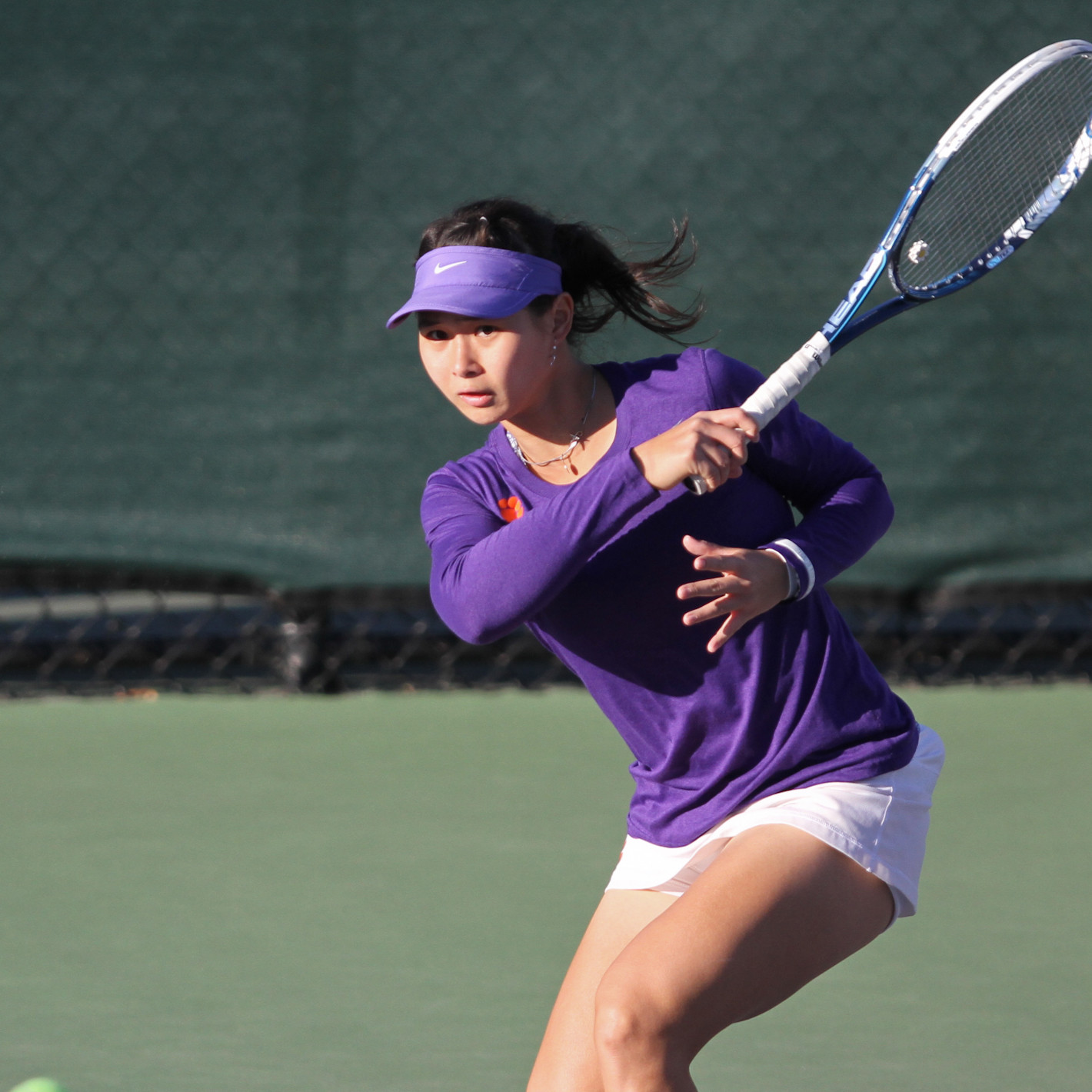 Beatrice Gumulya, ranked 84th nationally, upset No. 18 Caroline Price of North Carolina at No. 3 singles in straight sets on Friday in Chapel Hill as the Tigers fell just short to the second-ranked and undefeated Tar Heels. After dropping the first set to Liza Fieldsend of NC State on Sunday, Gumulya fought back to win the next two sets and the match at No. 2 singles. The senior has now won five of her last six singles matches, and is 21-8 overall, 12-5 in dual matches and 6-3 in ACC play. Though Gumulya and Rompies, ranked third in the nation, fell in their doubles match to the Tar Heels’ No. 13 team of Price and Loeb, the duo bounced back to defeat their Wolfpack opponent 8-5 on Sunday. The pair has a 24-3 overall record this season, including a 12-2 mark in dual matches and a 6-1 record in the ACC.