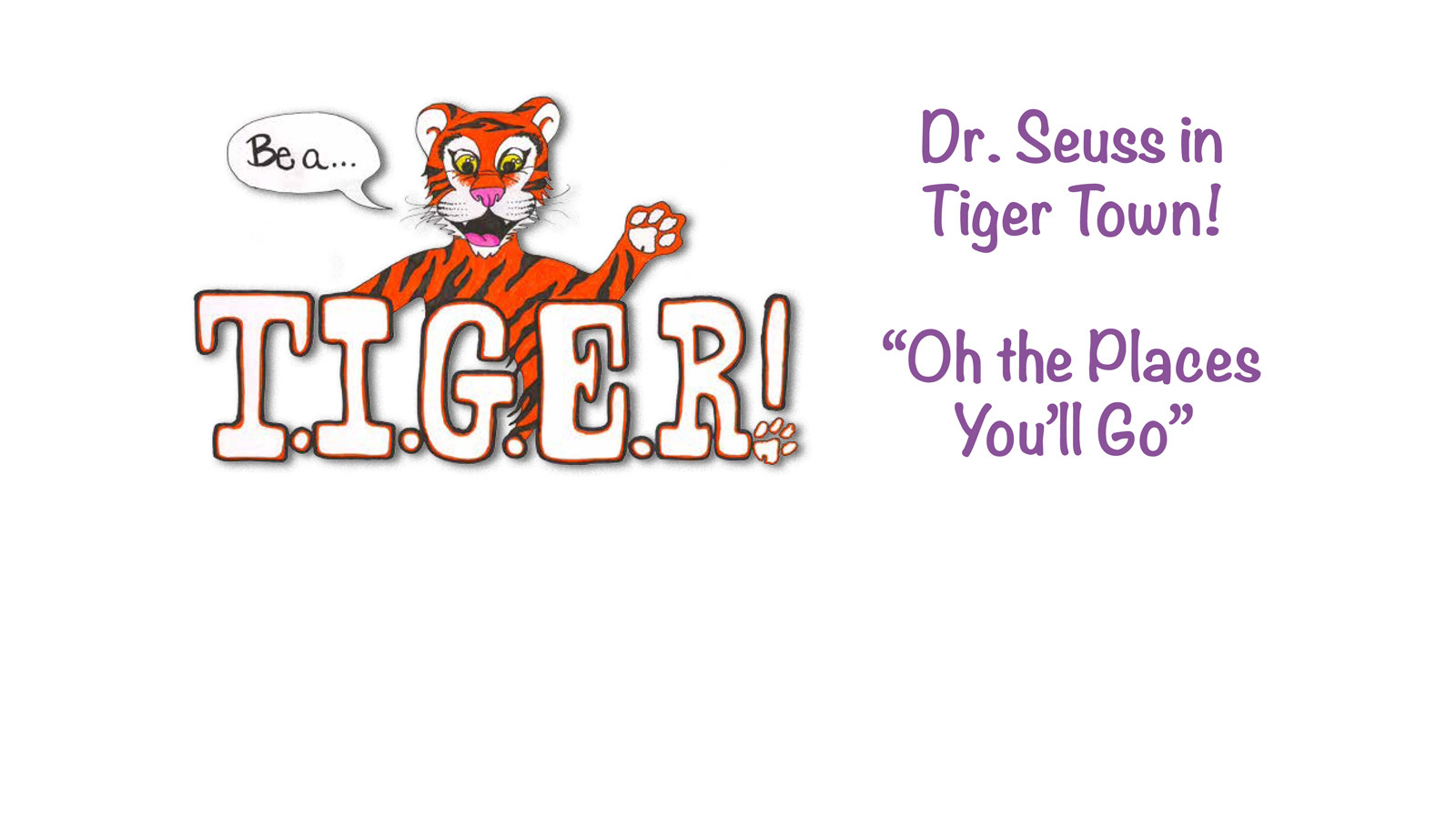 Editor Lisa Girard (women’s cross country) is proud to present the eighth edition of the Be a T.I.G.E.R! Newspaper featuring the theme “Oh the Places You’ll Go,” celebrating Dr. Seuss. A staff of seven student-athletes wrote, illustrated and produced this year’s paper of which 10,000 copies will be distributed during the course of a year at all official appearances. The newspaper aims to reinforce the character traits of the Be a T.I.G.E.R! program as well as celebrate Clemson student-athletes’ unique status as role models for children.

Former President James F. Barker is featured in each trait’s discussion in this year’s edition, as he takes the Tiger Cub on a tour of campus and explains why it is such a special place.