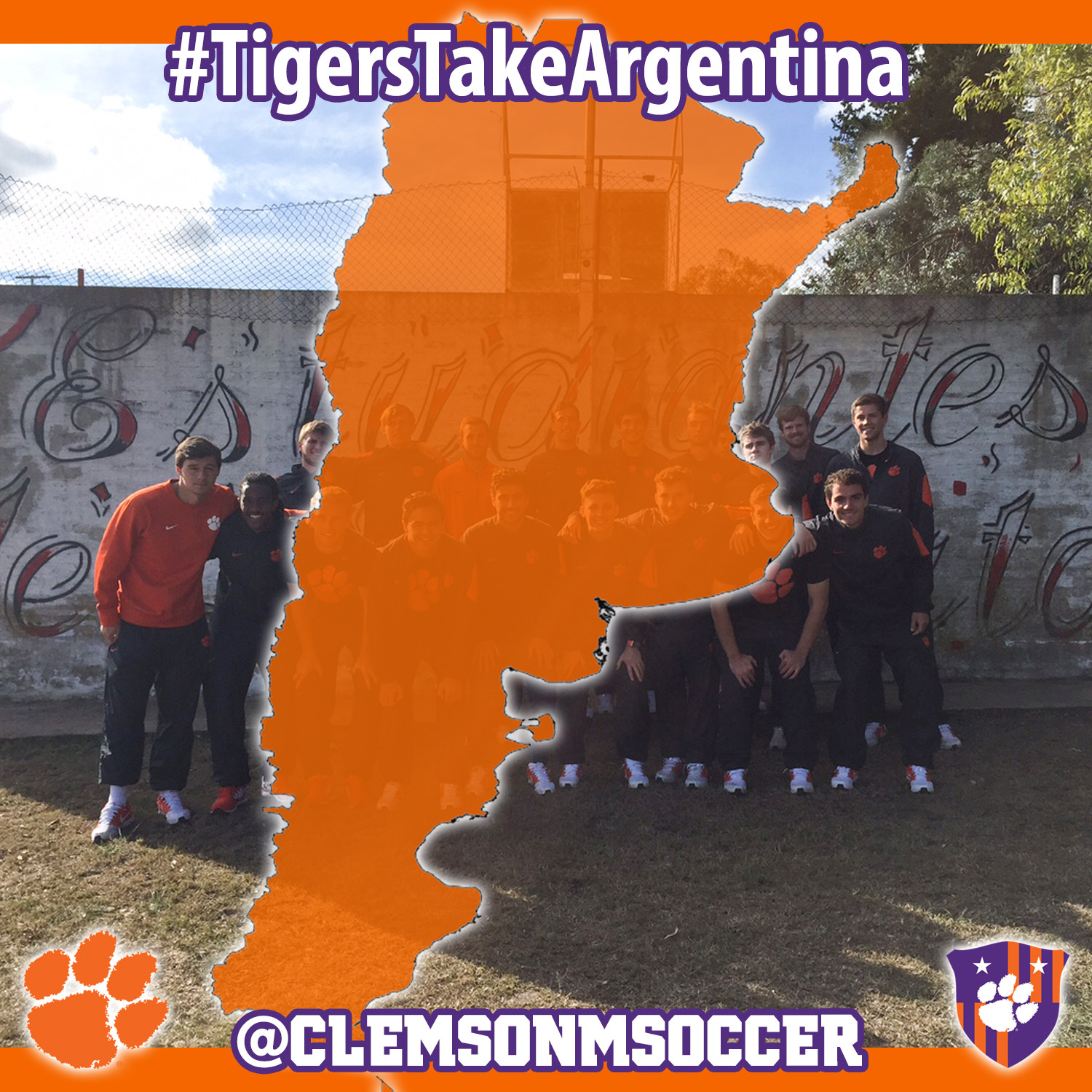 Tuesday began with our third scrimmage, this one against Estudiantes de La Plata. The setting for this game was different than any of the other clubs we have seen so far on the trip, as the La Plata neighborhood was in what we would call the “suburbs” of Buenos Aires. It was also obvious as we arrived that this club was more affluent than many of the others we have seen, as the facility was also part of a very nice golf and country club. Coach Noonan noted that the club has produced many players that have been sent overseas to play in Europe, and that can often be a lucrative deal for the club that raises them.

After a one-goal (5-4) loss in our first scrimmage, and a 1-1 draw in our second, it was fitting that our third scrimmage would be a one-goal victory, and it was (2-1)! Below is a recap:

“I think we’ve been building throughout the trip to the result today, and today was a fantastic performance,” said Head Coach Mike Noonan. “Scoring the first goal helped us a great deal, and it also brought out the competitiveness in our opponent. I thought that we controlled most of the game and played to our strengths. We got a great goal from Johnny Heckman and some of the guys who came off the bench really gave us a lift.

“This has been a great experience so far. We’re looking forward to our final two games, but this was a good beginning for us for the end of the trip.”

The Tigers put the game’s first goal on the scoreboard 20 minutes in to the first half. Thales Moreno sent a beautiful pass ahead to Heckman. The rising sophomore, who saw his first game action of the trip in today’s contest, rifled a shot into the left side of the net past the Estudiantes keeper for the goal. At halftime, the score remained 1-0 in favor of Clemson.

Midway through the second half, a foul was whistled against the Tigers inside the box, resulting in a penalty kick, which the Estudiantes player made, tying the game at 1-1. With about 15 minutes remaining in the game, Clemson retook the lead after Estudiantes fouled a Tiger player just outside the box. Aaron Jones handled the free kick from 20 yards out at the top of the box, and sent it into the right side of the net for the goal. It was Jones’ second goal in two games, and was enough to give Clemson the 2-1 victory.

The Tigers return to the pitch on Thursday for their first of two scrimmages in Rosario.

After the game, we ate lunch in the restaurant at the country club, before boarding the bus for the nearly five-hour ride to Rosario, where we’ll spend the remaining five nights of our trip. It was a long ride, but everyone used the time to catch up on sleep and homework. For the final hour of the trip, there was an extremely lively game of Heads Up going on in the back of the bus. The guys impressed everyone with their pop culture knowledge and also their singing voices!

We arrived in Rosario around 8:30 p.m. to a beautiful and modern hotel, Ros Tower. We ate a great dinner in the hotel (salad, steak, mashed potatoes, rice and fresh fruit salad). At dinner, Ricardo, who has been so wonderful in planning and organizing our trip as the owner of Premier Soccer Tours, told us that word has started to get out about our team’s high level of play from the clubs in Buenos Aires to the clubs in Rosario. Ricardo expects that we will see some of each team’s top reserve players when we face our next two opponents.

Tomorrow, we’ll train and then have some time off in the afternoon to explore Rosario on our own.