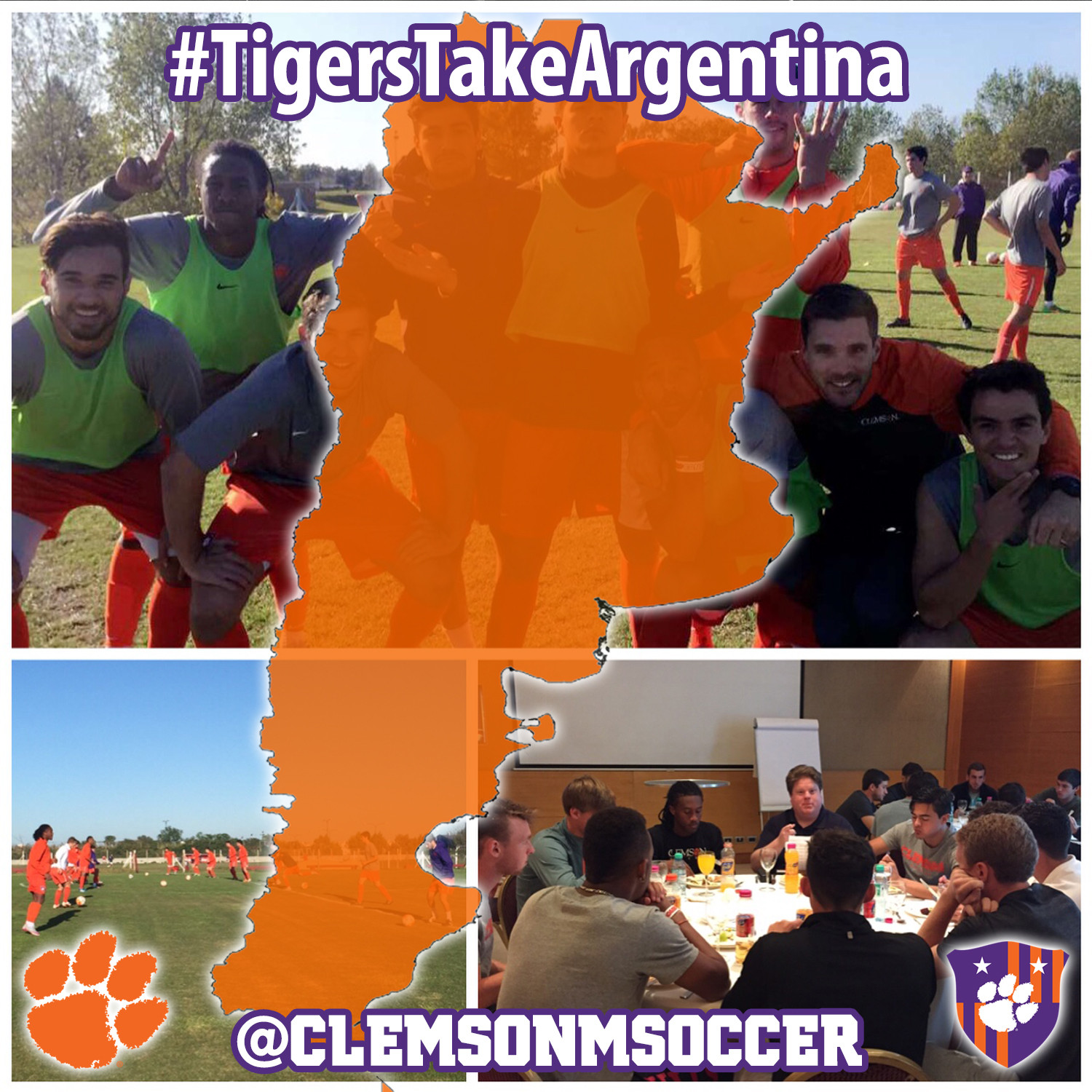 We started our Monday morning with a training session. It was our last training session at the Argentinos Juniors facility, as we will leave Buenos Aires and head to Rosario tomorrow afternoon.

At the conclusion of training, as we often do, we played a game of “one-touch.” Assistant Coach Liam Curran got in on the action, and scored a beautiful header, followed by a lively celebration. However, at the end of the day, the winning team was made up of Thales Moreno, Mauriq Hill, Diego Campos, Alex Happi, Oliver Shannon and Saul Chinchilla.

We ate lunch at the hotel, and then the coaches came up with a creative way for us to choose our roommates for the Rosario portion of the trip. We did a white elephant exchange, however, instead of exchanging gifts, we selected roommates! It was quite an entertaining process, with a lot of laughter involved, and also some strategy! We also learned that sharing a room with a certain one of our players, and we won’t mention any names, “…is like sleeping next to a train!”

Once the roommate situation was settled, we had the rest of the afternoon to ourselves. Many of us set out to walk around the city a bit more and shop for souvenirs, since it was our last full day in Buenos Aires. Some of the guys used the time to study, as several of our players are taking summer classes that are going on back in Clemson, and their work hasn’t stop just because we’re in Argentina! There are also nine players taking a Soccer in Global Society course as part of our trip. They have been meeting and having discussions with their professor throughout the week, and are also working on journal entries as part of their assignment.

Happi and Mauriq had a nice surprise today when one of their high school classmates – they went to Monteverde Academy in Florida – saw their posts on social media and contacted them, because she’s also in Argentina! It turns out that she is college student in the U.S. and is spending a semester studying abroad here in Buenos Aires. What a small world!

Everyone met back at the hotel for dinner, followed by a meeting and film session, since we have our third scrimmage tomorrow morning, against Estudiantes de La Plata. The rest of this evening will include packing (we’ll leave for Rosario directly from the scrimmage), studying and an early night to bed so that we’re rested for the game.