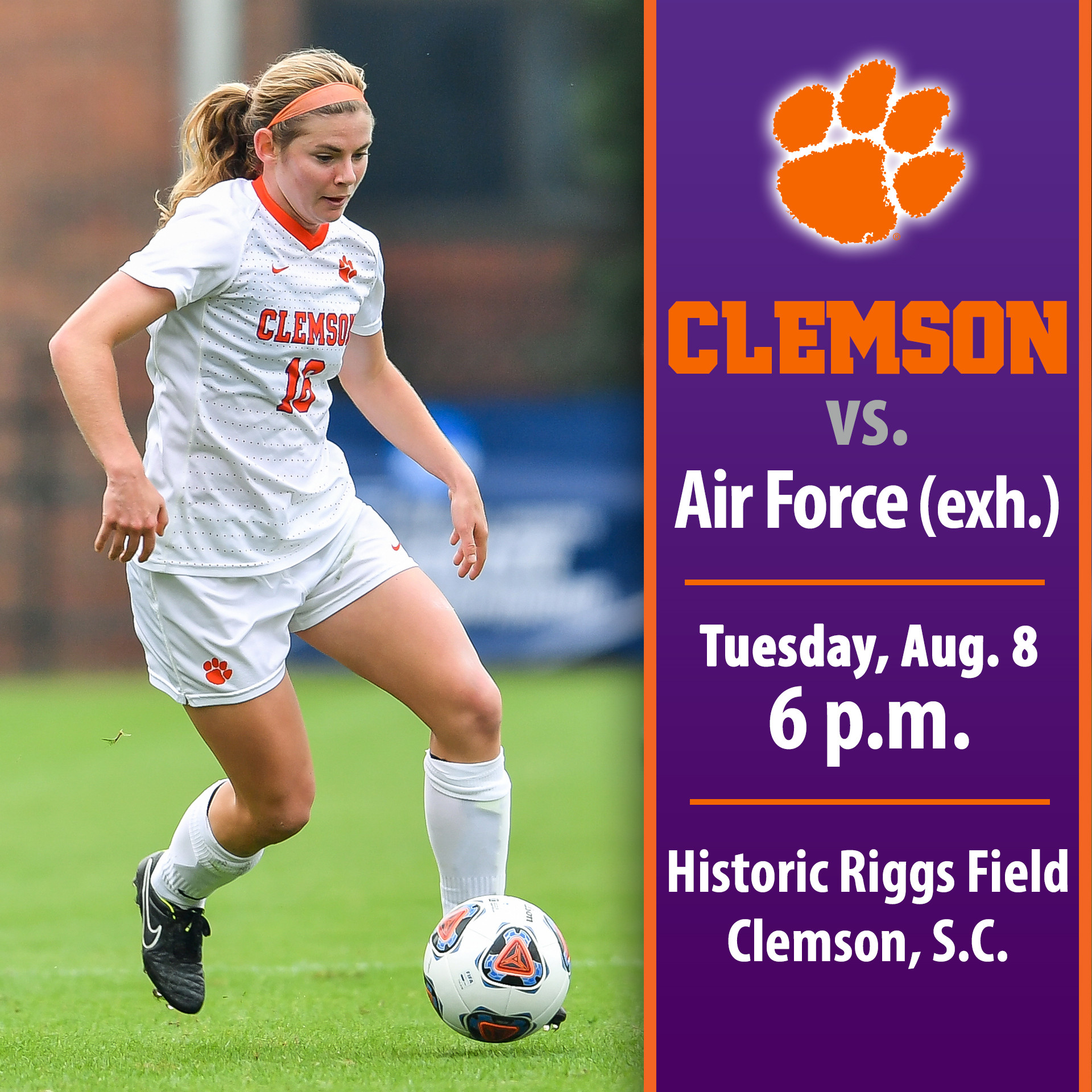 The Tigers are coming off a 2016 season in which they finished with a 14-5-4 overall record, won a share of the ACC Regular Season title and advance to the NCAA Sweet 16. Three starters return for 2017 from last year’s squad, senior Shannon Horgan, junior and 2016 All-ACC selection Sam Staab and sophomore Julie Mackin, while Clemson lost 12 letterwinners from a season ago.

Head Coach Eddie Radwanski’s team has received early attention, ranking 13th in the nation according to the NSCAA preseason poll. Clemson opens the regular season on Friday, Aug. 18 on the road at the Hoosier Challenge Cup in Bloomington, Ind., against SIU Edwardsville.

The Falcons are coming off a year in which the team finished with a 7-9-2 overall record. Tuesday’s match also serves as the Air Force’s first exhibition contest of 2017.