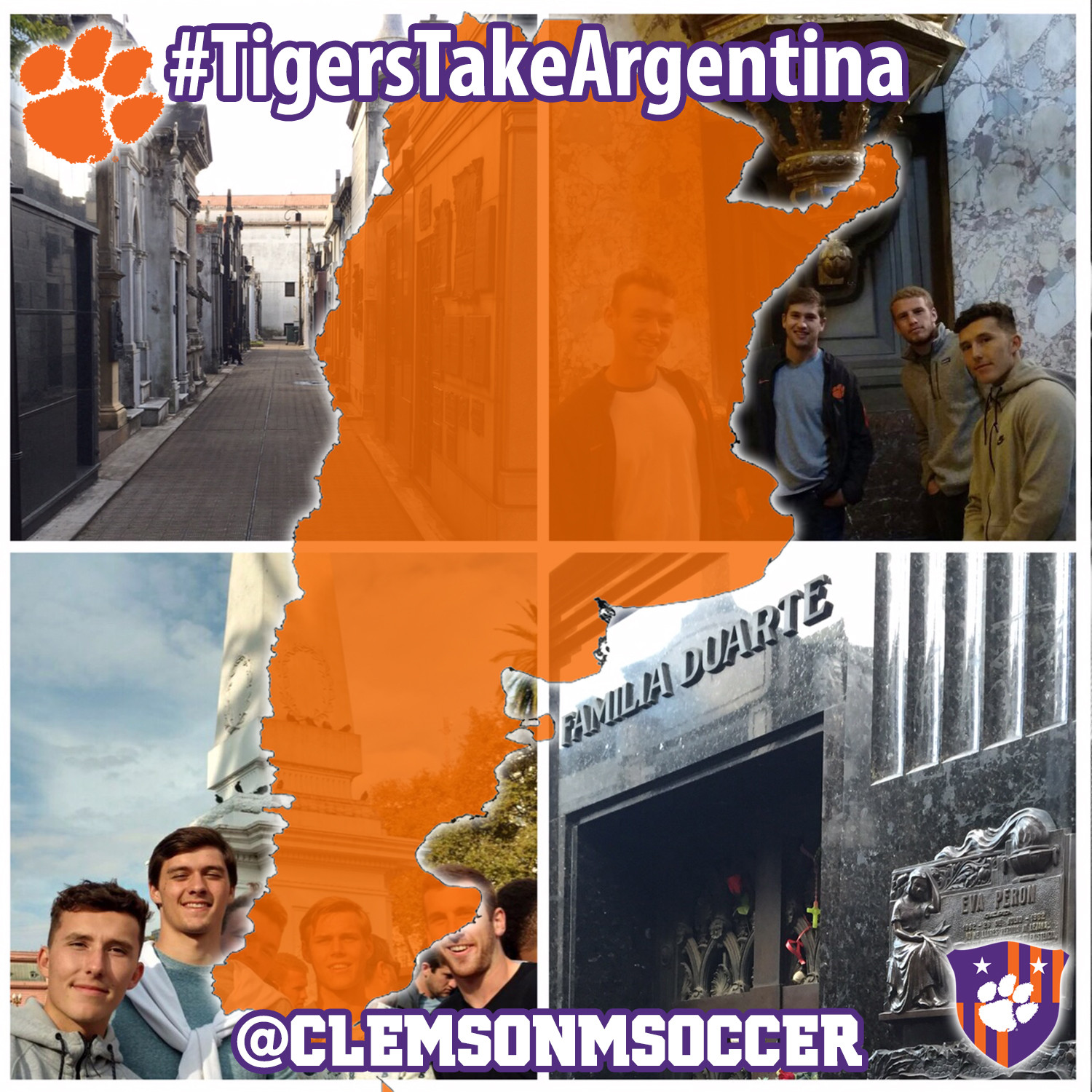 We played our first of five scrimmages this morning, and although we did not win, it was a pretty good performance to open the trip. Below is a recap of the match:

“It was a good way to start the trip,” said Head Coach Mike Noonan. “We faced an excellent opponent today. At the end of the day though, you never want to lose, and when you score three goals, you shouldn’t lose.”

San Lorenzo de Almagro scored a quick goal to start the game, but the Tigers recovered, and Oliver Shannon tied the score at 1-1 on a goal that was assisted by Austen Burnikel. The two teams traded goals again in the first half, with SLA scoring, followed by Patrick Bunk-Andersen for Clemson. Shannon picked up the assist on Bunk-Andersen’s goal. SLA scored once more before the end of the half, and held a 3-2 lead at the end of the first half of play.

SLA took a 4-2 lead in the second half, but Clemson continued to fight back, as Thales Moreno netted an unassisted goal to bring the deficit to 4-3. The Tigers were on the attack for the remainder of the game, pressing to score the equalizing goal when time expired.

Clemson returns to the pitch for the second scrimmage of its Argentinian tour on Saturday, May 14 against Racing Club de Avellaneda.

After the game, we returned to the hotel for lunch, and then set out to see some of the sights in Buenos Aires. The tour started on foot, as we walked from our hotel to the Buenos Aires Metropolitan Cathedral. The cathedral houses the tomb of Jose de San Martin, who we’re told was to Argentina, what George Washington was to the United States. Also near our hotel was La Casa Rosada (the pink house), which is the office of Argentina’s president.

The next portion of the tour was by bus, as we drove by the Palace of the Argentine National Congress and then headed toward the posh neighborhood of Recoleta. We walked through the Recoleta Cemetery, which is unlike most cemeteries because all of the graves are above-ground, with each one of the nearly 5000 vaults owned by a different family, and each one with its own architectural style. Many of the prominent political and military figures of Argentina are laid to rest in the mausoleums in this cemetery, but most notably, Eva Peron, the wife of the president of Argentina (Juan Peron), who was first lady of the country from 1946-52, and for whom the movie “Evita” was based.

After touring the cemetery and the adjoining Our Lady of Pilar, the oldest church in Argentina, we headed back to the hotel for some free time and the dinner. As we were sitting down for dinner, we heard a very loud commotion coming from outside the hotel – drums, car horns, chanting, etc. Many of us ran outside to witness what we assumed to be one of the street protests we have already heard much about on this trip. This particular protest was civil and non-violent, and turned out to be about government spending on education. We’ve been told that protests break out frequently on the streets of Buenos Aires, about many different issues, and it was an interesting sight to see.

Tomorrow, we’ll train in the morning and then visit La Bombonera, the stadium of Boca Juniors, another famous Argentinian club.